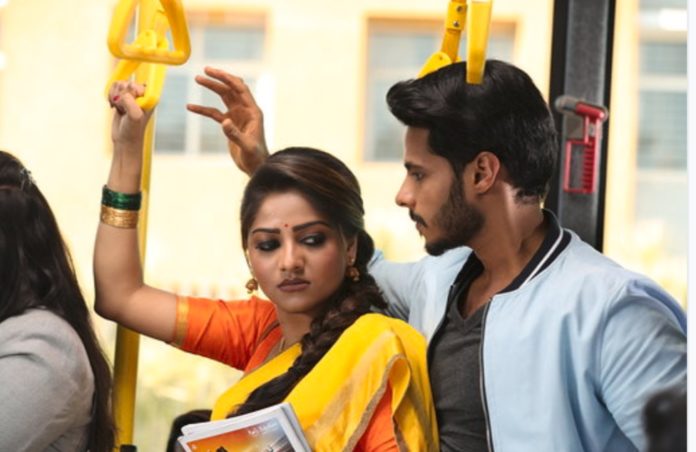 After debuting in a action entertainer Nikhil Kumar, son of Chief Minister HD Kumaraswamy, is all set for the release of his second movie Seetharama Kalyana, a family entertainer. The movie will be released on Friday, all over Karnataka.

Nikhil Kumar, who had promised in Gandhinagar through ‘Jaguar’, has now sung Duet with Dimple Queen Rachita Ram. If you want to witness the two in ‘Seetharama Kalyana’, book your tickets in advance.

The shooting of the film ‘Seetharama Kalyana’ has been held in Bangalore, Mysore, Ooty and Bellary. Anoop Rubens has composed the music for this movie. The films Cinematography is done by J Sawmi,  action directed by Ram Laxman. The film has been written by Raghunath and Prashant Rajappa.

The song Ninna Raju Naanu, Nanna Rani Neenu, featuring Nikhil Kumar and Rachita Ram, is a beautiful melody and it was the first hit track released from the album with music composed by Anup Reubens. Harsha has also choreographed this song. Interestingly, only Arman Malik sings the entire track, which is penned by Sai Sukanya.

According to a news report, The film has on board renowned stunt brothers Ram and Lakshman. This has caught the attention of the film fraternity, and the good news is that, is that the Hindi satellite rights of movie Seetharama Kalyana have been sold for a whopping Rs 5.5 crore.