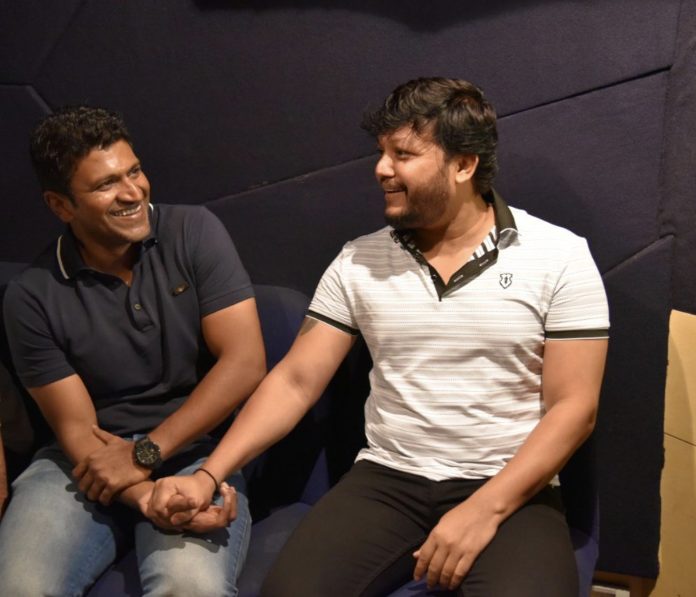 Powerstar Puneeth Rajkumar has sung a song in Goldenstar Ganesh’s upcoming Geetha movie. The song has some amazing lines “Kannada Kannada Kannada Satya” written by Santosh Anand Ram which spreads awareness on Kannada language and struggle behind it.

The above news was shared by actor Ganesh with his fans on social media. Everyone are eagerly waiting to listen to this song sung by Puneeth for another star. 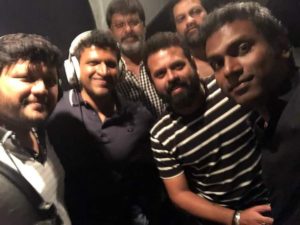 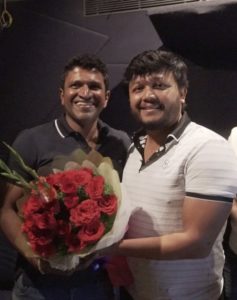 The film is being made under Golden Movies, in association with producer Syed Salaam, and was officially launched on the actor’s birthday last year.  While the movie is likely to clash with another big budget movie Bharaate starring Srimurali and Sreeleela directed by Bharjari Chethan.

Geetha will be a special film for Ganesh’s career, as it shares its name with the Shankar Nag-starrer from the 1980s. There is also a news of digital rights of the movie has been purchased for Rs 2.8 crore by Amazon Prime before its release.

The movie has Prayaga Martin and Shanvi Srivastava as leads opposite Ganesh in the movie. Geetha has music by V Harikirshna and cinematography by Shreesha Kuduvalli.

As the movie is slated for release on September 27, along with Bharaate which has announced the same date for its release earlier.