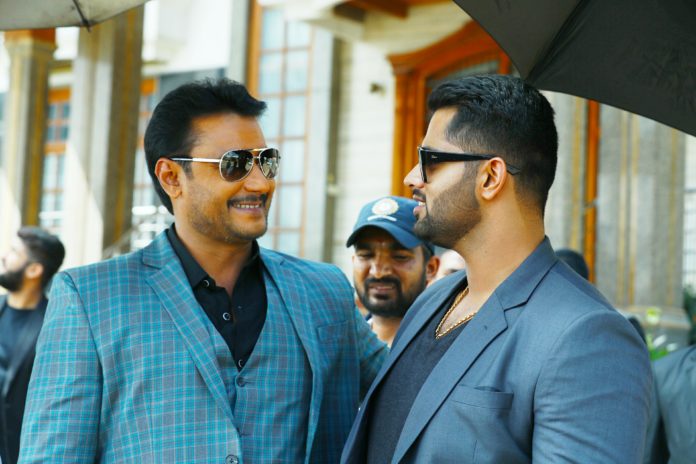 On the day of Mahashivaratri and 100 days celebration event of Munirathna’s Kurukshetra movie a big announcement comes. Challenging Star Darshan starrer Kurukshetra movie celebrates 100 days run in theatres and the producer announce another movie with Dboss.

Everyone knows that Kurukshetra is the first 3D mythological movie released in India. While the movie got released and ran successfully in Karnataka, Andhra Pradesh, Telangana and Tamilnadu theatres. Also this was the first 100 crore club film for Darshan and it did made producer gain huge profits.

In the 100 days celebration event, most of the artists part of the Kurukshetra movie were present. Speaking to the public, Junior Rebelstar Abishek Ambareesh, “I am happy that my father saw the film before it got released. Also this was his last film. I would congratulate the entire team, as it is very difficult for a movie to run 100 days in theatre.” 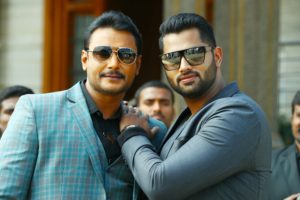 Addressing Darshan as brother, Abishek said, “My brother has acted with my father and now in his next Veera Madakari Nayaka even my mother is acting along with him. I would also love to act with him, I am ready to play a villain role. Reason is anyways i get scolding outside, the same will be continued even in the film. Jokes apart, I know Munirathna will make announce a movie immediately. It was just a word.”

Taking this word by Abishek Ambareesh seriously, When Munirathna started talking to public. He said, Darshan has now acted in all roles from Mythological to historical, but i want to see him as a soldier fighting for our Indian army. I have planned and announcing Darshan’s next movie to be on the line of Pulwama attack. It will a story on Wing Commander Abhinandan and Abishek too will have a role in that movie.”

In Kurukshetra movie, Darshan plays Duryodhana in this historical based on the epic Mahabharata and the story is told from his perspective. One of the most expensive films to ever be made in the Kannada film industry, Kurukshetra is being bankrolled by Muniratna under his banner KCN Movies.

Made with ensemble starcast, Jayanan Vincent was behind the camera for the film with Jo Ni Harsha doing the editing. Being a high budget film and a historical, the movie got released in four languages including Kannada, Malayalam, Hindi, Telugu and tamil.