Kurukshetra movie, starring Darshan Thoogudeep in the lead role, continues its winning streak at the box office. The film has crossed the Rs 100 crore mark worldwide.

The movie got a huge response in Karnataka for both the 3D and 2D versions across all the theatres. Almost a week of its release, almost all theatres saw advance booking with long weekend and festive holidays. According to reports, the movie in Karnataka alone had a collection of Rs 30 crore in its first week  However the telugu and tamil version did not reach the same as kannada audience encouraged. 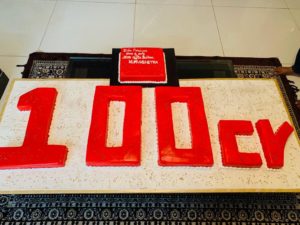 The movie team with Darshan Thoogudeepa fans celebrated the success of Rs 100 crore club of Kurukshetra movie. Darshan was happy to see this mythological movie reaching the club and giving producers their share.

Film shoot started on 6 August 2017 with the official launch being held on the same day. A major portion of the filming was done at Ramoji Film City in Hyderabad.

Made with ensemble starcast, Jayanan Vincent has cranked the camera for the film with Jo Ni Harsha doing the editing. Being a high budget film and a historical, the movie got released in four languages including Kannada, Malayalam, Hindi, Telugu and tamil. 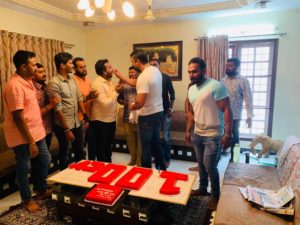