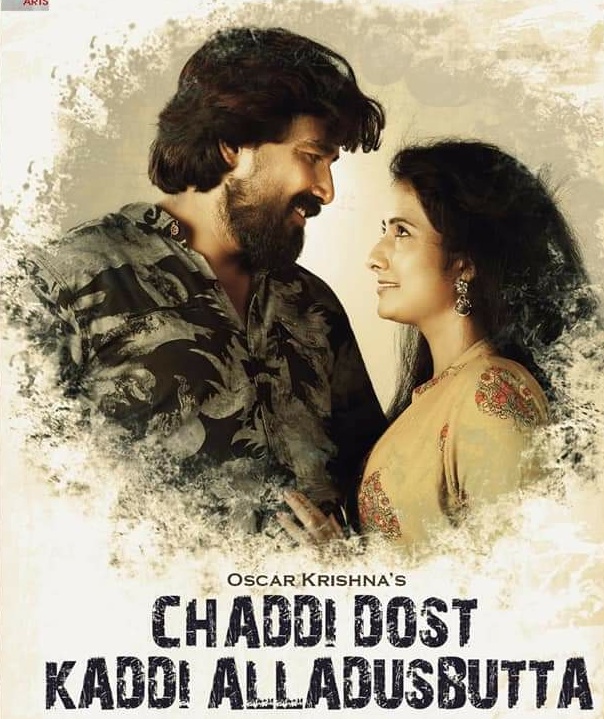 This is a movie with a good story, wrapped in an okay screenplay and stuffed with intolerable acting. In the Oscars for bad acting, most of the cast will find itself in contention. Some of the actors try too hard to act, a few others know they can’t act but still put on a spirited show, while the rest manage to blink their eyes in compensation for lack of body language.

Monday mornings are not when I normally watch new releases. Afraid of another cancelled show, I was stumped to find a gang of over 20 teenagers already in a ruckus inside Screen 2 of Veeresh (Magadi Road). Sandalwood please take note. This is a good sign. These were college students. The Corona generation of audience are raring to go.

As the film progressed, this gang had only one issue that needed to be resolved: who among them was Gadari! Now Gadari is the talkative, low-life Casanova in the movie, who has everyone from the MLA’s wife to the college girl in thrall.

Gadari’s ‘chaddi-dost’ returns after a 15-year stint in prison and around the same time a ‘young’ female relative seeks shelter at his home. This triangle of a relationship that ensues had all the potential of becoming anything from a cinematic classic to a sleazy pre-Internet era morning show in tent cinema. The latter was obviously what the all-male college crowd expected from the suggestive title.

They were disappointed with the film and so was I. They however enjoyed the experience. I did too for different reasons. With a better set of actors, many more people would have enjoyed this film.

CDKA is the prime ribs of why Kannada films won’t be like Korean films or Kannada music like K-Pop.