Recently, after entering the shooting set of KGF 2, the actress Raveena had shared her word on social media. Raveena says, “When looks can kill.. the “death warrant” has been signed on Rocky.”

Earlier before shoot with Yash, She said, “Happy to share this much awaited news with all! Thankyou , my coolest director in da world Prashanth Neel for such a warm welcome in the KGF family. In and as Ramika sen.”

The announcement of talented actor Rao Ramesh popular in telugu cinemas was made by KGF director Prashanth Neel. However, the team has not revealed his role and kept this as a secret for audience. We should wait and watch for his role in the second chapter.

While Prashanth tweeted, “Welcome on board Rao Ramesh sir. We will leave it to the audience to keep guessing on this one, till they see you on the big screen. Thank you for being apart of #KGFChapter2.” 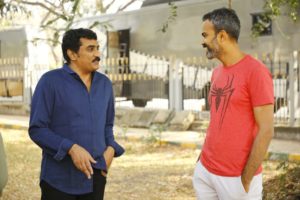