If any star’s movie is ready for a release, their respective fans are always in a celebration mode . As Powerstar’s Natasaarvabhouma movie releasing on February 7, the filmy fever has started for the fans.

It is just a day for release of the movie ‘Natasarvabhabhuma’ starring Puneeth Rajkumar, Rachitha Ram and Anupama Paramasewaran in the lead roles. Puneeth fans have started celebrating the movie ‘Natasaarvabhouma’ release from a week before the cinema hits the screen.

There are many students and corporate employees submiting a letter to their superiors requesting off for a day to watch the movie. Another great fan of Puneeth has booked entire theatre of Urvashi for a show.

Actor Puneeth Rajkumar and Actress Rachita Ram are in the lead roles in the film, with veteran actress B Sarojadevi, Achyut and Ravishankar playing a supporting role. Also the south indian actress Anupama Parameshwaran is part of the kannada movie as another lead actress for the first time. In the role of comedian Chikkanna will be entertaining in the film.

The theaters have been already reserved and booked for ‘Natasaarvabhouma’ movie from Rajkumar fans. Also Powerstar fans are enthusiastically decorating the theaters through Cutouts, banners in front of the theater. Puneeth fans yesterday celebrated at the Srinivasa theater in Gowdanapalya. 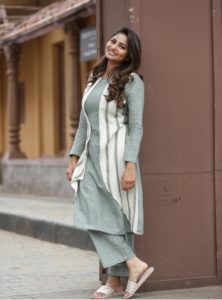 The film will be screened at 12 am on midnight on February 6 at Urvashi and Srinivas theaters in Gowdanapalya.

After KGF, another big movie releasing is Natasaarvabhouma

After KGF movie, another Big Star’s movie is getting released in Sandalwood and the movie ‘Natasaarvabhouma’ has huge expectations. The filmmakers have turned no stone unturned by promising audience with a complete family entertainment with the movie.