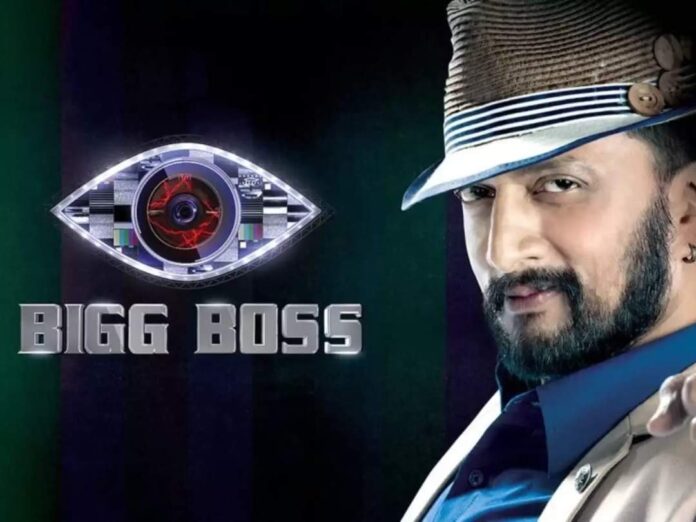 The eighth season of the Indian Kannada-language reality television game show Bigg Boss comes to an end halfway due to the current pandemic. The show hosted by Kiccha Sudeep was premiered on 28 February 2021 and ends before the season completes.

While the Kannada Bigg Boss season 8 was in the headlines since its launch and the show lovers were eagerly waiting to know this years winner of the show. Colours kannada Business Head Parameshwar Gundkal takes the decision to stop the show. In a social media post shared by Parameshwar, he stated that Bigg Boss kannada show ends today.

“Its been 71 days till now since Bigg Boss season 8 started. There are many mixed emotions that comes to my mind at a time, When I stand by the PCR and watch the 11 contestants walking around the house. Everyone inside the house are happy, as they dont know the difficulties and challenges faced by people outside. They are also safe by being in isolation. We are calling all of them outside tomorrow after informing everyone on the current developments outside. Arrangements are then made to send them and the team home safely,” said Gundkal.

“Hundreds of days of work. Hundreds of people working in team. The dream of a team that worked diligently will be halted half way. It was a difficult decision but a peaceful decision,” he said.

He added, With a heavy heart. Not because the show will be stopped. It is out of concern that the unseen and uncertainity spread outside. May everyone get an answer to this concern soon. Stay safe. 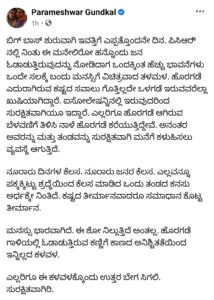 Currently, there were eight contestants in the Bigg Boss house after all eliminations Aravind KP, Divya Uruduga, Divya Suresh, Prashanth, Chakravarthy, Nidhi and a few others. Everyone were playing well to be the top five finalists.

There was no elimination last week, as Kiccha Sudeep could not host the show as the whole state is under lockdown. Reports were doing rounds that the actor was tested positive and doctors have advised him to take rest. However, the actor has not spoken about it or confirmed on it. 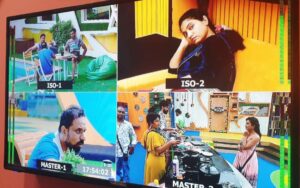