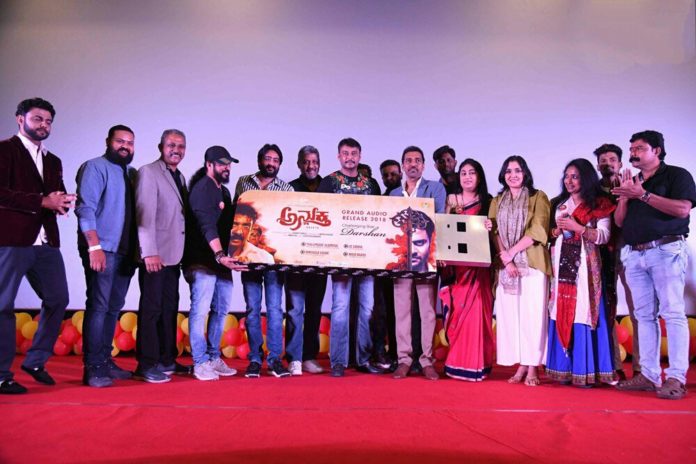 The intriguing and promising teaser of Anukta is already a hit among the audience. Now the Challenging Star is all praise for the movies teaser. The movie is all set to hit the screens all over Karnataka, this December 7.

On Monday, the audio release of the film ‘Anukta’ was held and the chief guest for the event was none another than Challenging star Darshan.  After watching the teaser of ‘Anukta’, the Darshan got so impressed with the making. “There is a mystery in the movie which has to be known only after watching it,” says the actor.

Talking to media, after releasing the soundtrack, Darshan said he was saddenned about the present situation in Kannada cinema. “Kannadigas speak all languages. When it comes to movies, they watch telugu films for their fights, tamil for new content and Hindi films just for their locations that has no proper story. For kannada films they come showing pity. Such a situation is in for our movies,” Darshan said.

Adding to it, “But recently, even we are making a lot of experimental films. This is a good growth indeed. We all should watch such movies and encourage them. Also he said actress Anu still looks fit and young since their last movie together years back.”

Through this movie Anu Prabhakar is marking her return to cinema, after a long break. Anu said, ” I was impressed with the team’s work and the way they have shot the entire movie. Everyone will enjoy watching this movie.’

Anukta’s plot revolves around a crime investigation of a murder mystery set up in coastal region of Karnataka . With perspective narration in the screenplay movie keeps audience guessing about the big surprises involved in the multiple layers of the plot.

The movie is directed by Ashwath Samuel , this murder mystery stars Karthik Attavar , Sampath Raj , Anu Prabhakar and Sangeetha Bhat in lead roles. Produced by Harish Bengera , music for this entertainer is by Nobin Paul.