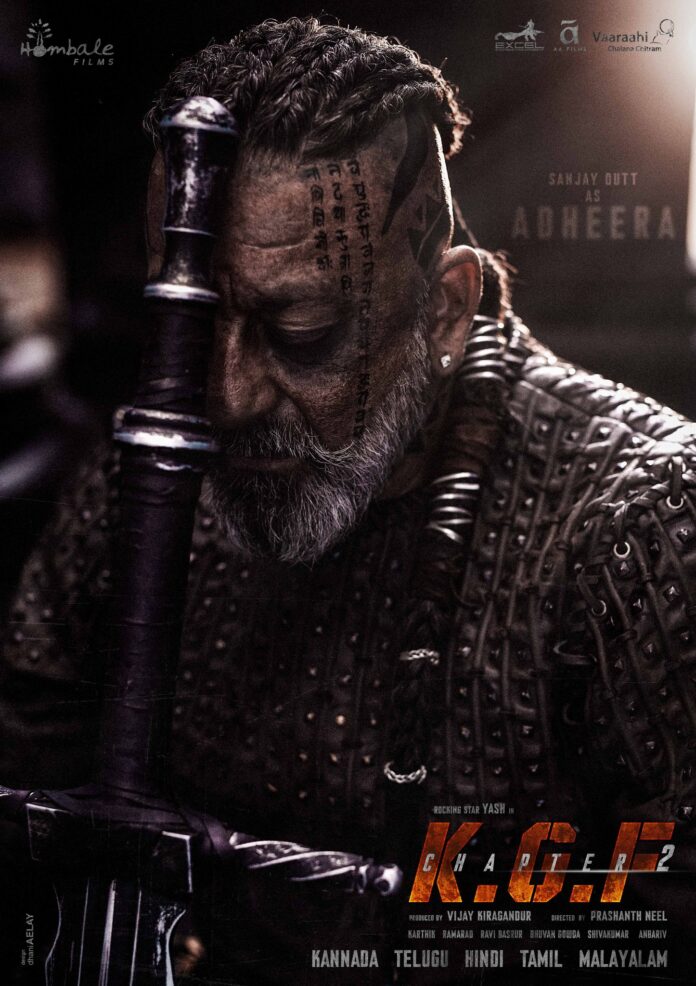 The most expected movie of Indian cinema in the year 2020 is KGF Chapter 2, and revealing the look of Bollywood star Sanjay Dutt as Adheera on Wednesday has upped the expectations even more.

On the eve of Actor Sanjay Dutt’s birthday on Wednesday, the KGF team has revealed the first look of Adheera character opposite Rocky bhai aka Rocking Star Yash from its movie. The movie’s most eagerly awaited character look is now revealed and fans are eagerly waiting for the first teaser and trailer.

However, the movie is in its oost production stage and still 25 percent of the shoot is reamining. Due to Covid-19 pandemic the movue shoot has been halted, as it requires huge cast and crew.

The KGF Director Prashanth Neel in a tweet stated, ‘ADHEERA’ – Inspired by the brutal ways of the vikings. Happy Birthday Sanjay Dutt – baba, thank you for being a part of KGF CHAPTER 2. Looking forward to our craziest schedule soon. Here is the Adheera First Look from the movie.

Actor Sanjay Dutt in his tweet says, It’s been a pleasure working on this film and I couldn’t have asked for a better birthday gift. Thank you Prashanth Neel, Karthik, Yash, Vijay Kiragandur, Deepak, Lithika, Pradeep and the entire team of KGF.

He added, Special thanks to all my fans who have always showered me with their love and support.

The DOP of KGF movie, Bhuvan Gowda says, Happy Birthday Sanjay Dutt baba, thank you for being a part of KGF CHAPTER 2. Looking forward to our craziest schedule soon. 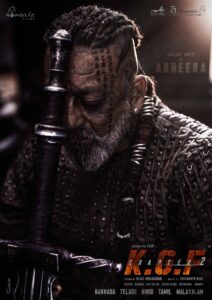