Actress Rohini Singh aka Rishika, sister of actor Aditya Singh, has complained that due to the negilgence from the driver of the car the accident took place and police should take action against him. The Yelahanka Traffic Police, which has lodged a complaint on Friday. An FIR has been filed against Arya, the driver of the car.

Director Rajendrasingh Babu’s daughter Rohini Singh (Rishika) and Jai Jagadish’s daughter Arpita had visited their friends’ house in Hesaraghatta on July 28. It was late so both of them stayed overnight in their friends place. 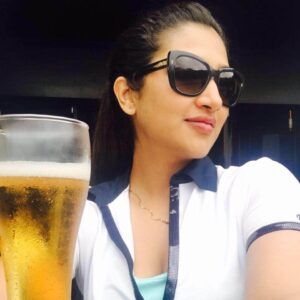 The next day morning both left home onJuly 29 in a Fortuner car which was driven by Arya. As the car was approaching Mavallipura on Yelahanka Road, the driver had carelessly crashed the car into a eucalyptus tree. Actress Rohini Singh and Arpita, who were in the car, were injured and the locals rushed them to the hospital.

While Rohini Singh left shoulder and hip was injured and Arpita is also receiving treatment at Apollo Hospital in Seshadripuram.

As the actress Rohini Singh, has lodged a complaint against the car driver Arya for causing the incident. The police have investigated the case and filed case under IPC 279 and 338 against the driver of the car.