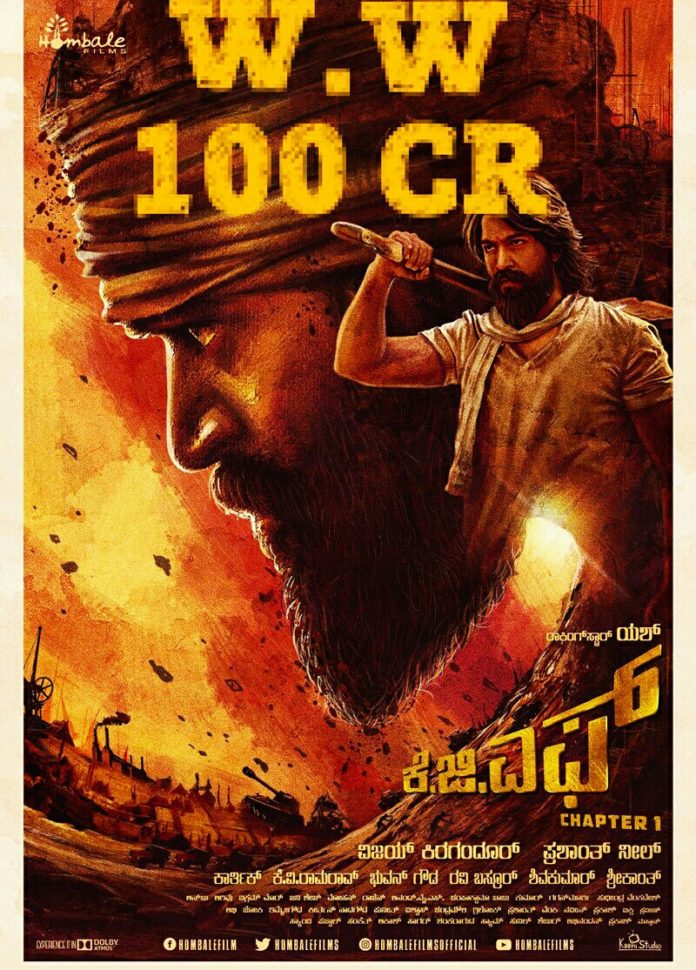 Entertainment industry trade analysts have shared the news on social media. The movie produced under Hombale Films banner KGF has reached 100 crore club in the Box Office. Fastest Kannada Movie to do so.

Also the Yash-starrer becomes first Kannada film to cross $300K in the US within 3 days.

While KGF has set off fireworks at the US box-office, it has turned out to be a phenomenal box-office performer on Indian soil. In its 6-day run on Indian soil, the film, written and directed by Prashanth Neel, has collected Rs 100 crore.

What’s noteworthy is that KGF: Chapter 1 has managed to reach these numbers despite tough competition from the Shah Rukh Khan-starrer Zero and the Dhanush-starrer Maari 2. The audience has clearly embraced the film with all the love. The film critics, on the other hand, were not too kind. A large section of the reviewers felt that besides the the striking cinematography and high-octane action, the film did not have much on offer.

In the end, it is the audience who are the main reviewers and decides the movies fate. KGF has set an all time industry record for Sandalwood this year and the shows are running housefull.