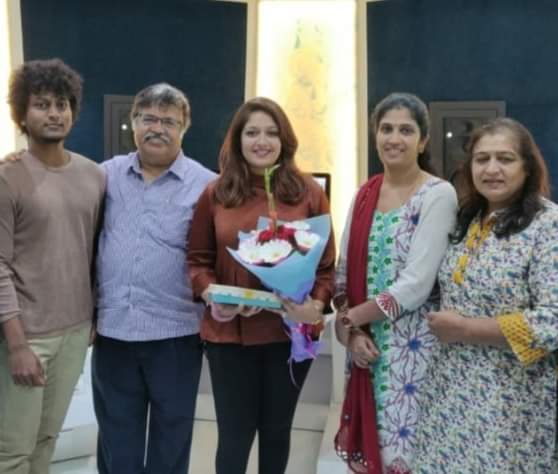 Actor Chiranjeevi Sarja’s upcoming Shivarjuna movie promise to be a masala entertrainer. Now to add one more feather to its cap, actress Meghana Raj also wife of Chiru sings a song for this movie.

Recently, Shivarjuna’s action packed trailer was released and made enough sound for its action scenes. Now the movie is all set to hit the screens in April but the release dates are not officially confirmed from the movie team.

Actress Meghana Raj sings a song for Shivarjuna movie along with singer Sanchit Hegde. The music for this movie is given by none other than our actor, comedian, muisc composer and director Sadhu Kokila son Suraag.

The movie Shivarjuna is a romantic action drama film written and directed By Shiva Tejas and produced by M B Manjula Shivarjuna. 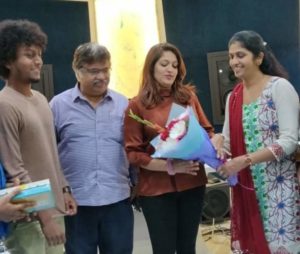 The shooting took place in Bangalore and Mysore. Shivarjuna’s music is by HC Venu. The highlight of the film is the edit of KM Prakash and action choreography by Ravi Varma, Vinod, Thriller Manju and Murali. Yogaraj Bhatt and Chetan Kumar have written songs for the film.

In lead role there is Amrita Iyengar, Akshata, Tara, Avinash, Kishore, Kuri Pratap, Sadhukokila, Nayana, Shivraj KR Pate are in the cast. The teaser and trailer has attracted attention and the songs of the film Shivarjuna will be released soon. 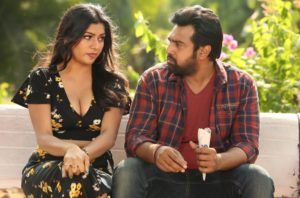