Kiccha’s Pailwaan recently completed the final schedule shooting for a song. This particular track was shot in Mumbai, for which a huge set was used.

Actress Akanksha tweets, “And it’s a wrap , with this one peppy song choreographed by one and only Ganesh Acharya had an amazing time shooting thank you. Kiccha Sudeep sir, Krishna sir and Swapna krishna mam.” 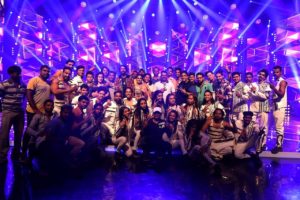 We have to wait to watch the bollywood actor Suneil Shetty and Sudeep facing off each other in Pailwaan. Also people are eager to see the two share screen space.

The film also features P Ravi Shankar, Kabir Duhan Singh, Aakanksha Singh and Sushant Singh among others. The film marks the reunion of the Hebbuli team of cinematographer-director Krishna and Sudeep.

Pailwaan will also be Krishna’s first venture as producer and is looking for a summer release. Pailwaan is an action drama film written and directed by S. Krishna. The film is produced by Swapna krishna under the banner RRR Motion Pictures. It stars Sudeep and Aakanksha Singh. The film’s score and soundtrack is composed by Arjun Janya. 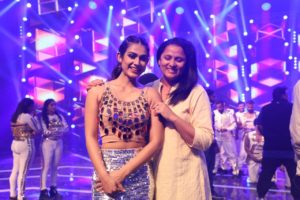