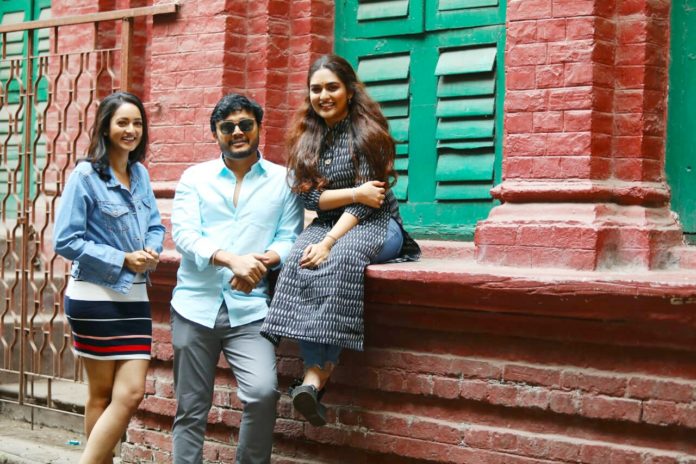 Goldenstar Ganesh starrer film Geetha, with debutant Vijay Nagendra, which has people talking is shooting in full swing. The film is being made under Golden Movies, in association with producer Syed Salaam, and was officially launched on the actor’s birthday last year. 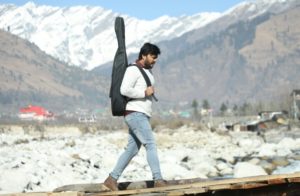 The first look of the actor from Geetha is already out, in which he has Karnataka flag sticking out his pocket. The team has been working on Ganesh characters retro in the pre production stages only, and the movie did finish a schedule in North India.

Every year, Goldenstar makes sure one film is made under their home banner, Golden Movies. This time, he has chosen Geetha, which is made in association with SS Films. Geetha will be a special film for Ganesh’s career, as it shares its name with the Shankar Nag-starrer from the 1980s.

The actor is confident about Vijay’s directing. The director Vijay had gone to meet Ganesh with the story one year ago. He was associated with director Santhosh Ananddramm, who was the one who told Ganesh that Vijay had a script for me. The movie has Prayaga Martin and Shanvi Srivastava as leads opposite Ganesh in the movie. Geetha has music by V Harikirshna and cinematography by Shreesha Kuduvalli. 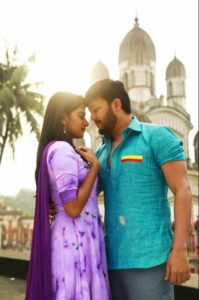