Actress Aishwarya daughter of multilingual actor Arjun Sarja, who is based in Chennai has been confirmed of tested Corona Positive.

Actress Aishwarya herself claimed on her Instagram that she was infected with the coronavirus. I have recently been diagnosed with Covid-19 infection. I have stayed at home and continued to get treatment from the doctor on their advice. Stay safe at home.

While the actress Aishwarya entered the silver screen two years ago with the film ‘Prema Baraha’. It was directed by his father Arjun Sarja. As Chandan Kumar played played as a lead opposite the actress.

Also recently the actress cousin and Dhruva Sarja’s elder brother Chiranjeevi Sarja had succumbed to death of heart attack. The who family was mourning the actor’s death, and there came a news of Covid infection in Dhruva and his wife testing positive.

However, both the actor Dhruva and his wife have been recovered and tested negative. Now they are under quarantine and taking rest as precribed by the doctors. Even the actor Dhruva had shared a video on his social media account on fighting corona virus and staying safe at home. 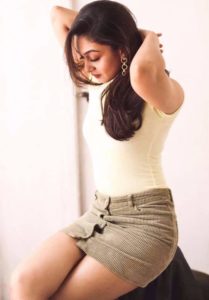 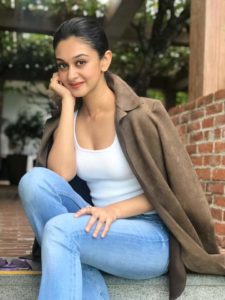