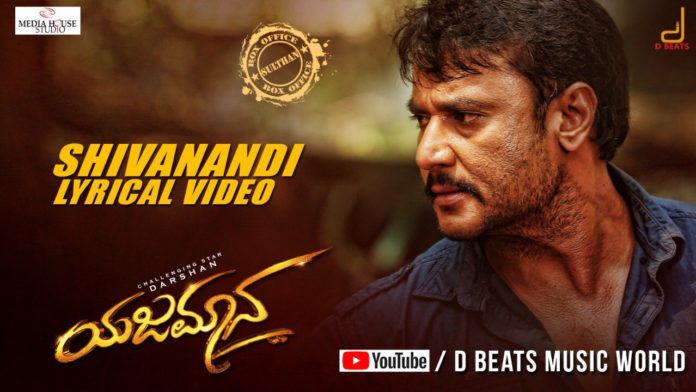 This Sankranthi, Darshan’s fans has got an extra reason to celebrate.

The intro song of Challenging star’s upcoming film Yajamana is out on the festival day. Within three hours of the song release, it has got a million views and fans are rejoicing over the lyrical song.

Also, this album is very special as it marks the association of Darshan and music director V Hari Krishna for the 25th time. Yajamana is nearing completion and the film in the post-production mode. While Darshan plays the lead role in the film, it has Rashmika Mandanna playing the woman lead along with Tanya Hope as the second heroine.

Dhananjay, Thakur Anoop Singh and Devaraj will be seen playing significant roles in this flick. Bankrolled by Shylaja Nag and B Suresha, the film is being directed by Pon Kumaran

V Hari Krishna will not only be composing the tunes for Yajamana but is also credited as its creative head for penning the story along with director Pon Kumaran. This song is the introduction song of Darshan in the movie.

The song is written by director Chethan Kumar and as always he has penned a massy lyrics. The fans are curious about how Darshan will appear in the introduction song and they are excited to see him on screen after a year. 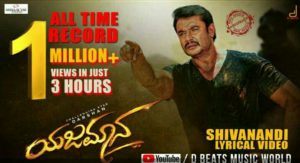