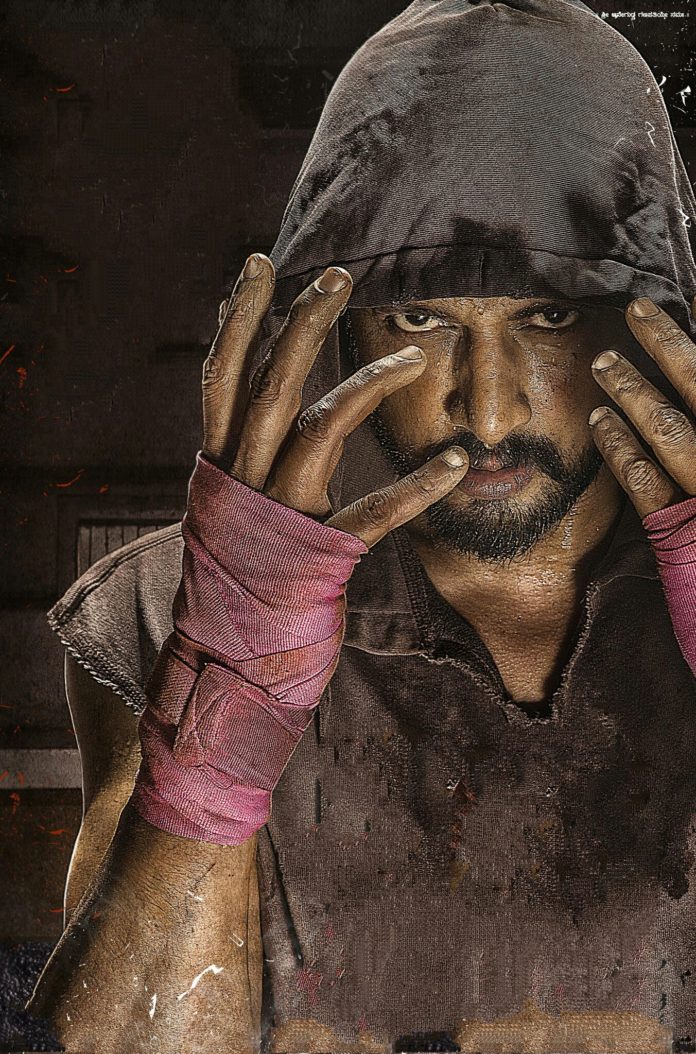 Kiccha Sudeep on a note to his fans, about his experience and missing his ‘Pailwaan’ akhada. In his words, he writes about the fight and action inside the ring, his practice, his hardwork and more.

As said by Kiccha

Thanks Kitappa and team for having given me this wonderful experience. I shall always cherish this. Have witnessed many films related to boxing and kusthi. I always used to wonder whether I would ever get an opportunity to be a part of a script oscillating around these two sports. Lucky am I to have gotten both under one roof. Time has once again been kind.

It’s been eight continuous weeks into kusthi and boxing. It demanded the best from me nothing and less. I have enjoyed every bit of it though at times it would rip me not only off my energy but would rip me off my inner strength too. It did push me to extremes and I too did push every tissue in me to deliver. We finally wrapped the kusthi and boxing part of Pailwaan yesterday and there is a sudden vacumm all around. Yeah there are still few things to be shot, yet the feeling that boxing and kusthi is over is making me miss that part of the film shooting.

Larnel Stovell, the man behind Boxing, amused me with the way he captured and conceived every frame he had explained. Zero compromises. He is an epitome of energy and conviction. At this point I should point out at the amazing production that was executed by the Krishna as a prouducer. He ensured that every bit of everything that Stovell needed was delivered and kept ready much before it was asked. Cheers to them all. Thanks Stove, I Wil miss you and your captivating Grrrrrr voice through the mic, that would steam me up before every take. Much luv and hugs.

Wanna Thank Vijay Master for creating moments of kusthi that I Wil be smiling about for a long time. No injuries stopped me ever from going ahead with my next shot, and all credits goes to those wonderful people n team around me, pampering me every minute n making me feel special. Thank u all.

Ravi Verma has choreographed a superb fight and it’s always nice to work with him. We both have literally started careers at the same time and have witnessed each other’s journey. So proud of what he has achieved. Thanks Ravi and much luv.

What I still failed to understand is!!! ,
“Why is the boxing Ring Square”