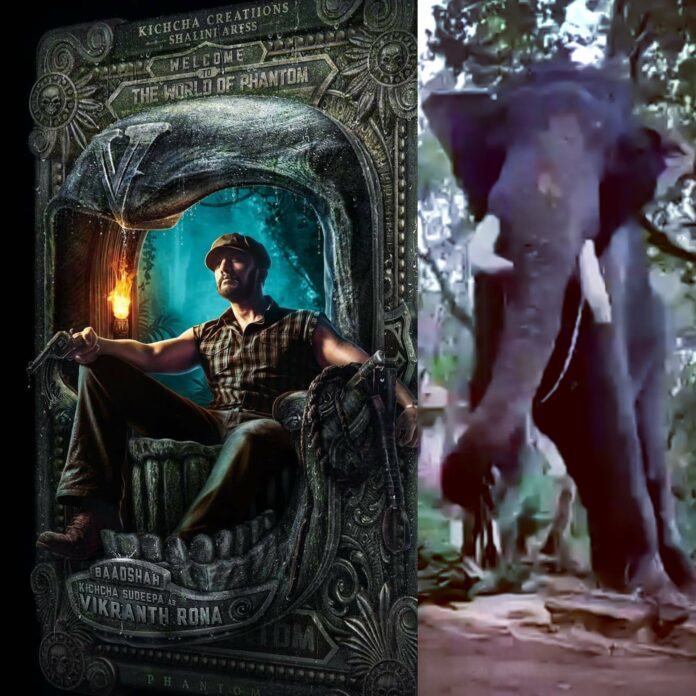 The most expected Kiccha Sudeep starrer Phantom movie team have cast, an 40-year-old popular elephant Raghuram for a Phantom song.

The use of real animals in movies is not only very expensive for makers, it is also difficult to get a permission. Thus animals are shown using (CG) computer graphics on the screen.

An entire song for Sudeep’s Phantom movie is being shot using an elephant that to in a Kannada movie after ages. The movie directed by Anup Bhandari will get to see Sudeep with an elephant in the entire song.

The song is composed on an emotional note for the movies sequence. It is sung by Vijay Prakash and actor Sudeep himself has taken special care to get this song shot. It’s hard to use animals in movies. When it comes to making the producers have been spending a lot for a quality product. Also getting permission for using animal for a movie is even more difficult.

Thus there have been no real animals appearing in cinemas in recent years. But the elephant was required for a song in Phantom movie. Even though it was expensive to hire, the producers have made it. The song is said to be a good number to hear. The shooting of the song has already begun.

As per media reports, The Phantom team has planned something big in one of the world’s most famous and tallest Burj Khalifa Building. Now Vikrant Rona akka Kiccha Sudeep’s Phantom movie songs to be released in the same building premises. This is one of the surprises to fans of Phantom movie, and also to reach out to larger audience across the globe.

The dance Choreographer Jhonny Master had shared a video from the song shooting location. 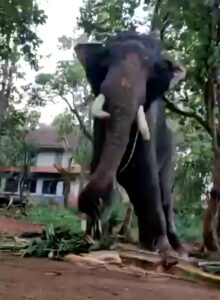 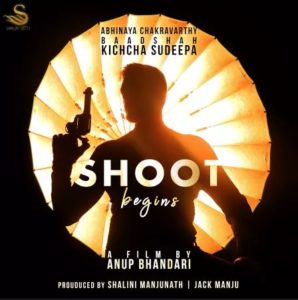