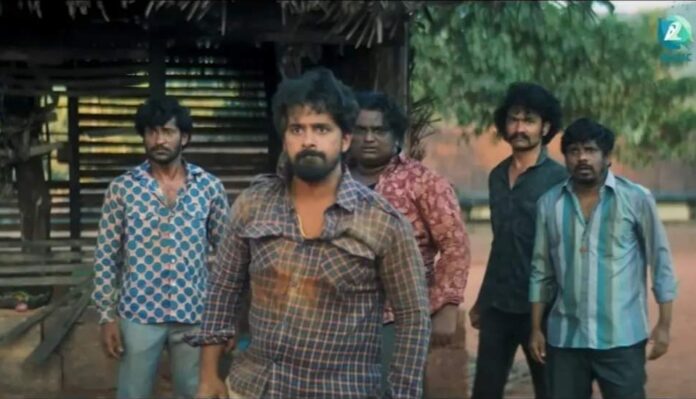 Dooradarshana, a film set in the 80’s directed by Sukesh Shetty is definitely a nostalgic one. That can be said after seeing the teaser was launched on Thursday. The story is a mix of both real and conceptualised events.

The title of the film itself is catchy, in the era of flat screens. The songs of the film have already made way to the hearts of the people and it’s the turn of the Teaser.

Set in the 80’s the film is based in a village. Looks like it is the story of friends turned foes. Pruthvi Ambar and Ugramm Manju seem to be those friends. “Dooradarshana is a film which talks about what happened after television took a grand entry into a village household,” said Sukesh Shetty.

In the movie Aayana plays the female lead. Sunder Veena, Harini, Deepak Rai Panaje, Raghu Ramanakoppa, Huli Karthik, Suraj Mangalore, Surya Kundapura are playing pivotal roles in the movie. Curently, the post production of the film is going on and the release date will be announced soon.

Rajesh Bhat under the banner VS Media has produced the film. Vasuki Vaibhav has scored music, cinematography by Arun Suresh and Pradeep R Rao is the editor. 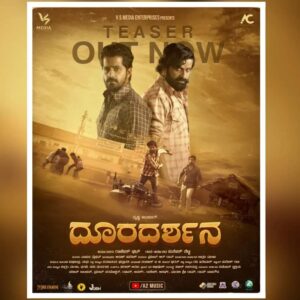