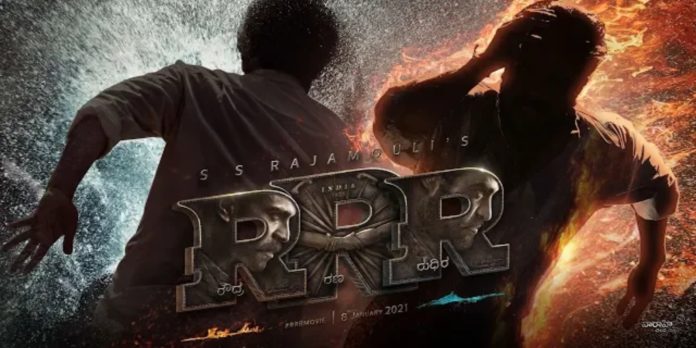 Director S S Rajamouli has gifted the Ugadi festival with good news about his long-awaited RRR movie. Amidst the confusion of Corona, the film’s fans have been rejoicing.

Director SS Rajamouli has released the highly anticipated RRR cinema Motion Poster in Indian cinema and has also given up the RRR title. Since the name of the film was announced, the directors have not said what the full title will be. Revealed it now. This has falsified the imagination of many. 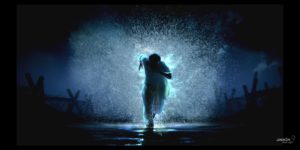 Director Rajamouli and Team have unveiled the title logo and motion poster of the Ugadi festival. Meanwhile, the film has announced what is an extended version of RRR. An astonishing amount of information has been published simultaneously in Telugu, Tamil, Hindi and Malayalam. 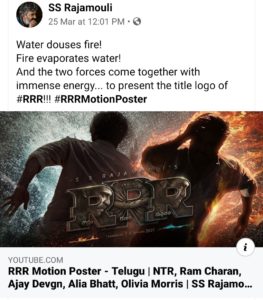 The RRR has also announced an extended version of the five languages in which the film will be released. In Telugu, Raudram Ranam Rudhiram, and in Kannada it is Raudra Rana Rudhira shown as a full form of RRR movie. With this, the film team has prepared a big screen in Kannada too. It has now been changed to Rise Roar Revolt in Hindi. RRR is optimized for all languages.

The movie has a huge star cast Ram Charan, Junior NTR, Alia Bhat, Ajay Devgan and Olivia Morris in the lead role. On January 8, 2021  the movie will be released across the nation. 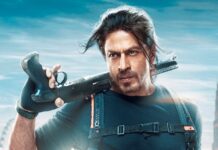 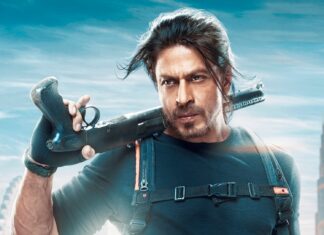