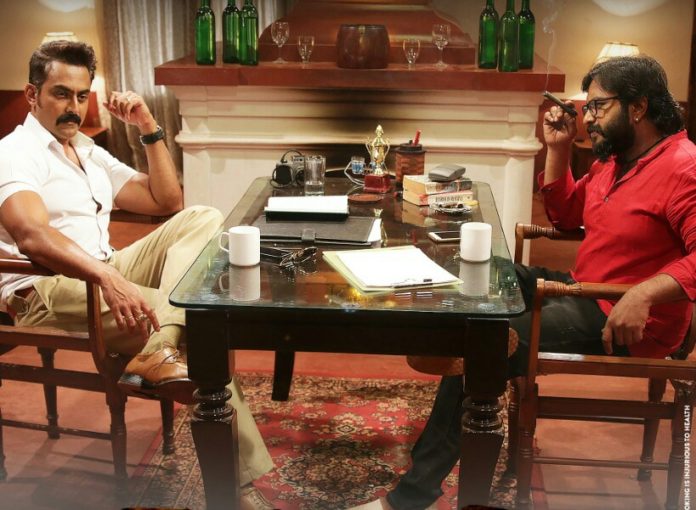 If you like suspense, thrillers or a fan of such novels, then you get an idea from its titles tagline. However you cannot go directly to Page 109 in the movie, without reading this book from the starting page.

The makers have told a simple plot with an brilliant narration. Plot goes like this, Sri, a novelist whose wife has been murdered. There arrives the cop(JK) to investigate who murdered her. As the investigation starts from the scratch, you get to know the characters revolved around the victim. The mystery behind the murder has to be unlocked by the cop. Will the cop find out the murderer or does he fail to catch the real culprit with the help of Sri.

Director Dayal Padmanaban tries his hand with another experimental movie and succeeds in conveying. He tries to engage audience to get involved or be part of this investigation with the dialogues and screenplay.

This movie is a two man show, between JK and Naveen Krishna both have showcased their own style by outwitting each other in performance. Naveen has proved his acting abilities earlier, but here he has over shadowed everyone. Also he should get appreciation for the dialogues written by him.

The cinematography is brilliant, as the movie is majorly shot inside a house. Each and every expression is captured well. The background score by Ganesh Narayanan is good during the investigative part. It has real good editing, the makers have made sure there is no unwanted or irrelevant scenes in the movie.

If you are a fan of main stream commercial cinemas or masala flicks expecting a fight, dance and mass dialogues then it is not your cup of tea. This movie is strictly for the one who love content driven stories.