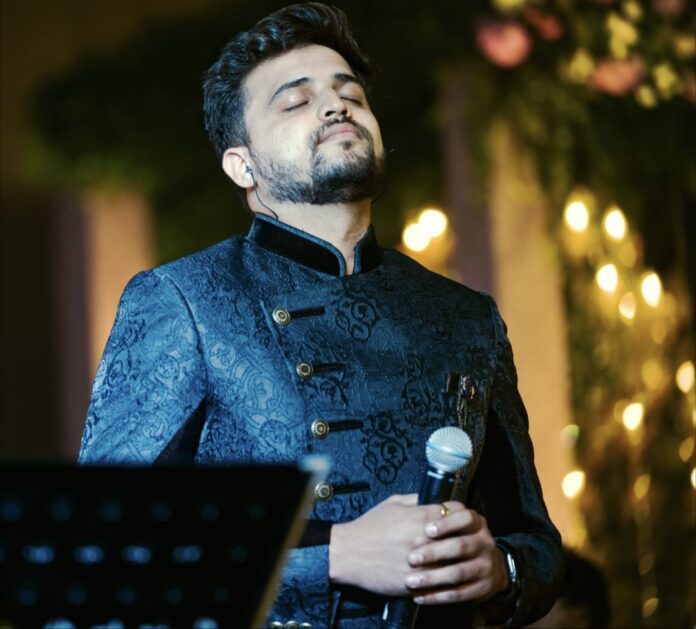 Playback singer and music composer, Nakul Abhyankar who is known for working with the Oscar and Grammy-winning musician AR Rahman is now creating a buzz in Sandalwood with his tunes for Love Mocktail 2 movie. He is back with his latest song ‘Ide Swarga‘ from the Kannada film ‘Love Mocktail 2’ which is a sequel to the huge hit ‘Love Mocktail’ released last year. This is Nakul’s third film in Kannada as a Music Director. Excerpts

It feels special, in fact it feels like a new work altogether. Instead of being just a singer or music producer for a film versus taking the responsibility of the entire music of the film. I think it’s a very different ball game and I am proud that I am capable of handling the music for the entire film and people trust my music and yeah I am very excited.

Q: What is the response people have for ‘Ide Swarga’ so far?

‘Ide Swarga’ has received well by people. I have seen a lot of memes on instagram. Many people DM me, praising the song, telling me they haven’t heard such a song, so fresh. So I am getting a lot of good feedback about the song and I am hoping that the song catches many listeners when the movie releases as well but so far it’s been great.

Q: Tell us about your experience working with A R Rahman on Tandav and ’99 Songs’.

Any project with Rahman Sir is special, just a five minute top with him is special forget about working with him. It’s been a tremendous journey, right from being a chorus singer to playback singer to music producer to mix mastering engineer. I’m really happy to have found a spot in sir’s team because I think it’s once in a lifetime experience you know, sometimes something happens in your life and you’re like, you know, this is not going to happen again and it’s like a blessing that comes to you and you know it so that is what has happened with me. Working with sir has been truly a blessing and working on such big projects like ‘Tandav’ or ‘99 songs’ is like sir’s baby.

You know he’s the producer, he’s the story writer, to be associated with sir on such a big and important project, I think it feels blessed, that’s what I can say and singing ‘Dhakka laga Bukka’ along with sir, such an iconic track and you know, music producing music, a little here and there and singing ‘Choosa Maaye Ilaa’ for 99 songs. It’s been a very, very special emotional moment for me.

Q: What made you want to become a musician?

I think music was there in my family and I have grown up listening to a lot of music right from my childhood. My elder brother, he used to learn Carnatic classical and you know, there was always this interest in music and we would participate in competitions and, you know, do this do that and we were really into it like I know we have to go there, we have to win this, it was more like that.

But I think the whole trigger happened, when I participated in Zee Sa Re Ga Ma Pa Kannada and I won it, then I went to the national level and I was in top nine, I think that was kind of a turning point, which gave me a confidence saying, you know I’ve started seeing what music industry is and I can be a part if it if I work hard and prove myself worthy enough I think I can quit this regular engineering job and you know take up music seriously and make a living lot of it. And I’ve been trying to do that. Every day is a new work for me. Every day is a challenge and now, but I have been enjoying this journey.

Q: What is your favorite musical composition? What makes it so good?

I think a very intelligent yet, simple tune is a victory for any compose and I would love to listen to such tunes. It needs to have that simplicity yet it needs to be complex in itself, you know, not complex exactly but it has to be very intelligent yet, simple for a common man to grasp and hold on to it and stuff like that, for example ‘Choosa Maaye Ilaa’ is super complicated, and it’s a very intelligent composition by Rahman sir, but, you know, he makes it work. People love it, people listen to it and they feel the song. So I think such songs are extremely beautiful to listen to.

On the other hand, I think there are songs which are super simple and not there’s no brain work for a musician, you know, it’s a very simple melody, just maybe four chords three chord loop and it but the emotion that is created is so beautiful that it makes you fall in love with it. For example like ‘Aaj kal Tere Mere Pyar Ke’ is a simple song but it’s been there around us for so many years now. So anything you can like anything. It depends on what mood you are in.

Q: What would you consider the most challenging aspect of composing music?

I think the challenging aspect depends on the context of like I composing it just as a single or does it have a story? Are you doing it for a film or web series or an album or a radio jingle? So it all depends because different requirements have different constraints that may be time, constraints or requirements by the client or whatever it is. I think closing your eyes you should be, you should know what the song is about and whatever tune I come up with just by playing guitar and humming or just by humming the tune people should feel the emotion. I think the emotions have to translate and that’s the whole fight of me being a composer.

Not to sound clichéd or not to sound like another composer which puts me in a hunt for my own style, yet, I have to express that emotion in the correct way to anyone who is listening to my songs throughout the world and that is challenging.

Q: Can you explain how do you compose a new piece of work?

It’s very random.I think right from me composing a tune while the bike to me sitting the studio or talking to a friend or jamming with another person, inspiration can come from anywhere and there’s no hard and fast rule as such you know. But generally, I love to come up with a melody first and then decorate that melody with the other musical elements. Initially I used to put down chords and progression and then write a tune over the progression.

But these days I feel like I’m, it’s  much more liberating experience to just, you know, get some few lines from the lyricist If he’s ready with something and how much you would have a melody that comes naturally to me, rather than you know, constraining me with maybe a chord progression or whatever. I mean it varies from occasion to occasion. So there’s nothing, there’s no rule but this is what I’m focusing on right now.

Q: Singing and composing music, which one do you give first preference.

I think both. It is very hard to choose for me. They both have a bit different trip altogether. Singing is something else and composing is a different vibe. Composing is work, its hard work, singing is more about understanding the song and delivering it. But if I compose something and then sing, then that’s best experience I can feel.

Q: Which is your favourite projects out of all the projects you have worked on?

All the projects I have worked on. I think ‘Love Mocktail 2’ is definitely special for me because the way Krishna has shot the film and the way the actors have done some great roles and the stories amazing.  It’s my first big movie in kannada industry and people have high expectations so that puts me under a lot of pressure and drives me to make some good music. So it’s a good feeling.

Apart from that I think I really enjoyed working with Rahman Sir on projects like Mimi for example which I really enjoyed Mimi because I and Sir asked me to mix the song ‘Param Sundari’ from Mimi and that song went on to become a hit and it’s almost hitting 200 million views down. So it’s that’s a very, very special feeling for me.

Q: What is in the pipeline? Are there other projects lined up for recent release?

Yes, there are couple of projects I have worked on, there is a web series and a Kannada film which is yet to release but the work has been done and ‘Love Mocktail’ is another film which is coming up and I am signing 2-3 more films in Kannada and working on a Tamil singles as well. So lots of work coming up. 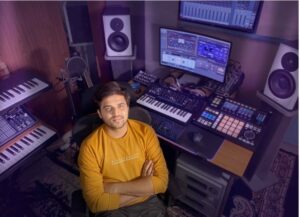