Multilingual film Liger starring Vijay Devarakonda and Ananya Pandey is all ready to release worldwide on the 25th August. The team is really busy promoting the film and on Saturday they were in Bangalore for the same.

The actors after landing at the Kempegowda International Airport visited the Puneet Rajkumar memorial first to offer flowers.

Vijay who started speaking to the press in Kannada said that Bangalore has a special place in his heart. “Liger is one of the biggest films in my career. I tried to dub in Kannada myself but couldn’t. But from the next film I will dub myself,” he added. Vijay who is a fan of Appu shared that he always paid a visit to Puneet Rajkumar when in Bangalore. He also mentioned that the Rajkumar family has always appreciated and supported his work.

Vish, the antagonist of the film said he is lucky to be a part of the film and appreciated the talent of Vijay and Ananya.

Liger team had organised a pre-release event at the Mantri Mall after the press release. Thousands of people were present at the mall learning about Vijay’s presence. Vijay seemed overwhelmed with all the love that was bestowed on his.

Liger will be released worldwide in five different languages. Puri Jagannath has directed the film which is produced by Dharma Productions and Puni Connects by Karan Johar, Charmi Kaur and Puri Jagannath. The songs and trailers of the film have already created huge waves amongst the movie goers. Vijay will be tagged as a Pan India star with Liger. 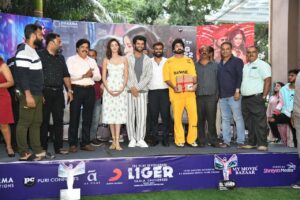 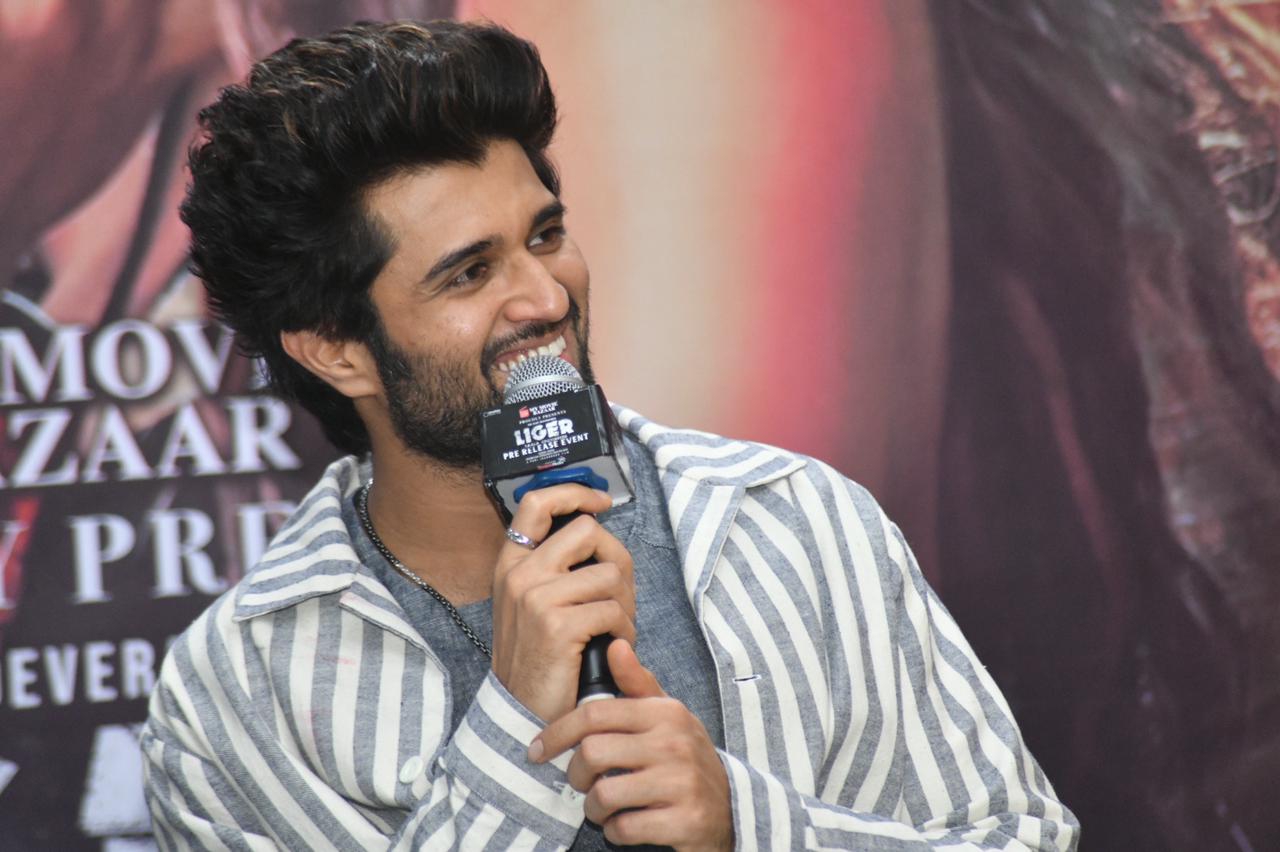