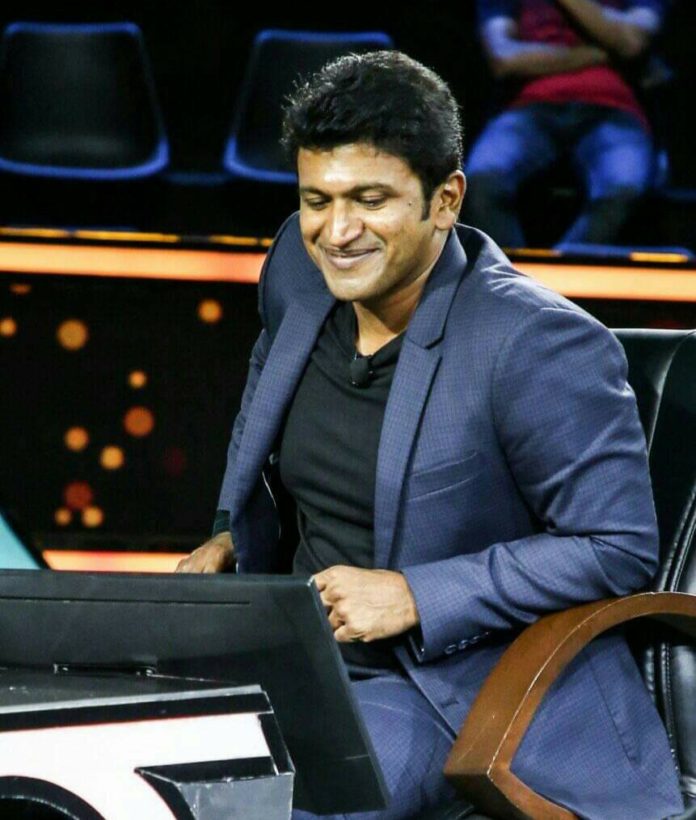 Many of us have visualized ourselves on the hot seat, sweating out questions, locking our answers, our calculated guesses keeping our lifelines alive, landing safely on the safe zones, climbing the money tree!

Dinner time television turned into family game nights when we screamed out answers as soon as the question popped up on screen. Watching people like us trying to accomplish something, take a shot at winning Rs. 1 crore was a thrill like no other. The game show that put ‘Knowledge is wealth’ in a new perspective is coming to Colors Kannada.

Adapted from the iconic global format ‘Who Wants To Be A Millionaire’, Colors Kannada and Studio Next are delighted to bring back Kannadada Kotyadipathi for the Kannada audiences – an exciting format that gives contestants an equal opportunity to make their dreams come true. With knowledge and nerve as one’s only guide, Santoor Soap Presents Kannadada Kotyadipathi, powered by Eastern Masala and Rin, with Special partner Chandrika Soap will create a stairway to instant success for aspiring millionaires.

Donning the hat of the quiz master once again after 5 years, is Power Star of Kannada cinema – Puneeth Rajkumar. Premiering on Saturday June 22, Kannadada Kotyadipathi will air every Saturday and Sunday at 8:00 pm only on Colors Kannada and anytime on VOOT thereafter. 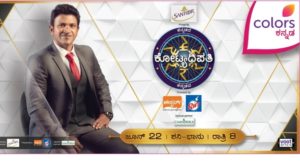 Explaining the need to provide variety entertainment to the regional viewers, said Ravish Kumar Head – Regional Entertainment, Viacom18, “The language content consumers have grown enormously over the years and though their tastes vary from region to region, they all converge at family game-show formats like ‘Who Wants To Be A Millionaire’. The universality of a quiz-show brings about cohesivity in viewing making it enjoyable and enhances captive engagement. Featuring real people and stories that showcase their aspiration and reason to win a substantial sum makes for a compelling content proposition.”

He further added, “Gauging the success of our previous two editions in different languages, we’re confident that Kannadada Kotyadipathi will certainly be well received by viewers as well as the advertisers on our channel, who rely on us to bring only the best of content to Kannada television.”

Elaborating further, Parameshwar Bhat, Business Head – Kannada Entertainment Cluster, Viacom18, said, “Colors Kannada leads the roster in creating and presenting pathbreaking content for its viewers, and Kannadada Kotyadipathi is yet another example of our commitment to be industry leaders. We’re luring audience to a form of entertainment that keeps them engaged as well as invested. While the format of the game remains unchanged, we’re scaling up the production and sprucing our treatment to make it more delightful for viewers across genres and milieu; and are also bringing back on board the indomitable superstar Puneeth Rajkumar who will multitask as a host, a friend and a guide. I am very excited about the launch episode, a fisherwoman from Kumta has played the game very intelligently! It’s a delightful episode.”

The auditions for the show which were carried out in Hubli, Mysore, Davangere, Mangalore and Bangalore saw an overwhelming participation from aspirants.

Taking over the mantle of the host and quiz master yet again, Puneeth Rajkumar, said, “The thought of making a common man a ‘Kotyadhipati’ is an enticing concept. The show is fueled only by knowledge and that is what makes it so promising and gratifying. It will be heartwarming to see so many dreams come true on this platform. Looking forward to meet some stimulating minds on the hot seat.”

Kannadada Kotyadhipathi is produced by Studio Next, the production house of Sony Pictures Networks. Studio Next holds the license of the format, for all Indian languages and has produced more than 1,800 episodes of the show across nine languages. The latest edition of Kannadada Kotyadipathi will have an upgraded look and feel including an advanced set.

On this occasion, the Head of Studio Next, Indranil Chakraborty, said, “We are extremely happy and privileged to bring the show to the people of Karnataka with their favourite host, Puneet Rajkumar and in the leading channel, Colors Kannada. We have maintained the same ethos of the show as in other languages, followed strict and transparent process for contestant selection and delivered production quality of the highest standards. Kannada Kothyadipathi will celebrate the great leveller of our Society i.e. knowledge”.

Leaving no stone unturned for the promotion of the show, COLORS Kannada has designed a 360-degree marketing and promotional campaign with touchpoints across On-ground, Outdoor, Radio, Print, Cross channel and Digital.

Prepare for the biggest game-show on Kannada television – ‘Kannadada Kotyadipathi’, every Saturday & Sunday at 8:00 pm only on COLORS Kannada and on VOOT.