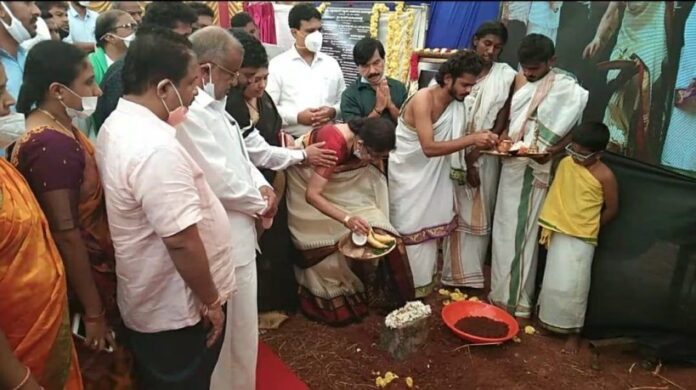 Chief Minister Yeddyurappa participated in the Bhoomi Pooja on Tuesday at the construction of the late actor Dr Vishnuvardhan Memorial House, after the actors demise 11 years ago.

On the occasion of Vishnuvardhan’s 70th birthday, the special occasion was made to commemorate the construction of the late Dr. Vishnuvardhan memorial. Actor Vishnuvardhan is one of the most unique artists in Karnataka, “Not only great actor but also great personality, He is a source of inspiration to young people,” said CM B S Yeddyurappa.

As Vishnuvardhan, was popularly known as ‘Sahasa Simha’ for his fans, he has won everyone’s love for his discipline and restraint. Also Vishnuvardhan is one of the most important contributors after Dr Rajkumar’s later generation.

For 38 years in a row, he was part of several good movies, which has taken a lasting place in the minds of people. Starting from Nagarahavu movie till Aptharakshaka, I have noticed a lot of his achievements. He also had a special social affliction apart from his connection with cinemas. Yeddyurappa said, Vishnuvardhan had a unique quality that made them socially responsive and humane.

Speaking on the occasion, Minister S Somashekhar said the memorial would be built on a 5.5-acre site at Udhbooru Gate, HD Kote Road, Mysore. The government pays tribute to a film artist. While Vishnuvardhan’s fans at the actors hometown has always been requesting for a memorial. Even Vishnuvardhan’s education was done in Mysore, and he and Mysore had a relatively strong connection.

The branch of Film and Television Institute of India, Pune, will also open here. This will give many new talent a chance. Minister Somashekhar said that a museum is also being built here and that Vishnuvardhan’s memories from the film will be a delight to watch. 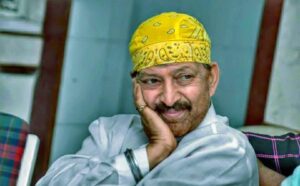