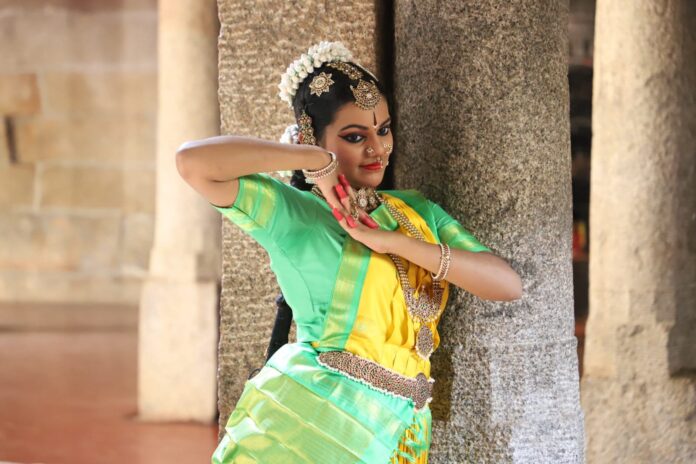 For those unaware, “Arangetram” is the Tamil word for “ascending the stage” by a dancer upon completing their training. It is the first time a student of Indian classical dance and music has performed publicly after extensive training. This achievement qualifies the dancer to perform classical dance professionally and instruct others.

15-year-old Divya, daughter of Sangeetha V & Dharmarajan Ramakrishnan, has been trained in classical dance from Natanam Institute of Dance under the tutelage of Guru Smt. Dr Raksha Karthik for nearly ten years.

The dancer’s electrifying performance consisted of all the traditional elements of the ‘arangetram’ performance – starting with the Pushpanjali to invoke the deities on the stage, god, guru and the audience to seek their blessings and followed by Ganesh Vandana. The invocations were set to traditional ragas and rhythm.

Divya then performed Varna, the most important item in the repertoire. Her guru had chosen the navarasa varna of Sri Lalgudi “Angayarkanni”. She emoted the complicated Navarasas or the nine basic emotions inherent to human beings as described in the natya shastras. The audience was impressed by Divya’s ability to emote as well as the neat foot work.

The second half started with a kriti on naughty krishna and his naughty leelas in the devarnama Gummana Kareyadire. This was followed by Tiruppavai and then Kanden kanden on hanumantha

The culmination was with the Tillana – a dance with intricate footwork, complex hand movement and statuesque postures. It was no surprise she received a long and thunderous applause at the end of the show.

A moment of satisfaction for her and her Guru and the world of art receives another artist to carry forward the tradition. 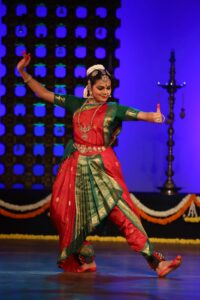 Divya is a 15 year old Bharatanatyam enthusiast, studying in Grade 9 at Auro Mirra International School. She has been dancing from the age of 5 under the tutelage of Guru Smt. Dr Raksha Karthik. Bharatanatyam holds a special place in her heart and she devotedly tries to consume and reproduce the ADAVUS and ABHINAYA that she is taught and wants to dance ever gracefully. Divya is also interested in drawing, coloring and music. She attends art classes and workshops and keenly enhances her skills. She also has special interest towards Nature, Sanskrit and Maths. Divya has won prizes and titles in international online and onstage competitions. Bhaarat Natya Vyasa Award, Kala Kishora Title, Shukla Jyoti Nritya Sammaan, Natarajan Siromani Award and Nritya Kala Ratnam in Nritya Kinkini Kalotsava, Natya Tarigai are a few of the awards and accolades received by Divya. 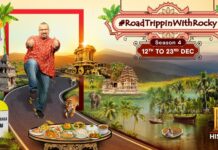 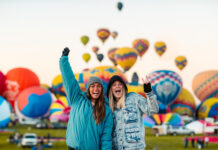 Instagram-Worthy Holiday Options in the US