A new film starring actor Ajai Rao will be made under the banner of Guru Deshpande Production. The story for the movie is written by director Shashank will have its muhurtha on 24 January.

Director Shashank had written the stories for the successful Krishna-series of films; Krishnan Love Story and Krishna Leela for Ajai earlier.

The new film too is likely to be a ‘Krishna’ film. But the title is not yet confirmed. The film will be directed by Shankar, who has worked as a co-director and associate in over 15 films including Gentleman, Raja Huli and Rudratandava. This will be his first as an independent director. 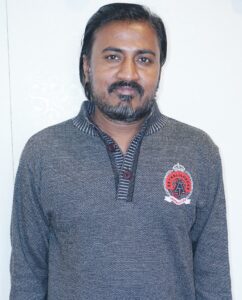 A top heroine has been finalised to play the female lead. Her identity will be revealed shortly, says the film team.

The film is being made under the banner of G-Cinemas of Guru Deshpande. This banner made the film Gentleman and is nearing the completion of the anthology titled Pentagon. G-Cinemas had also announced Rainbow, a film with Ajai Rao.

On Shashank writing the story, Deshpande said, “Ajai Rao and Shashank share a great rapport. Shashank manages to come up with really good concepts and stories and the Krishna series of films are one of the best love series in Kannada. We are taking it further with this new film.”