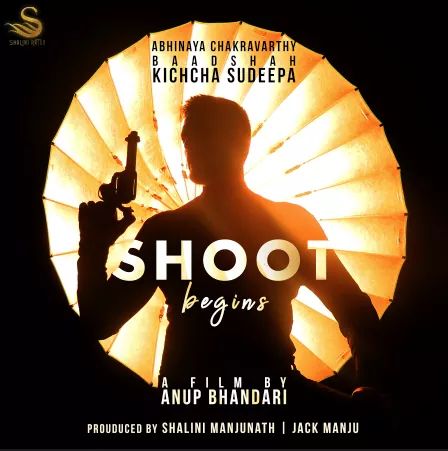 Three special sets are being erected for the next schedule of Kichcha Sudeep‘s new film Phantom. All the three floors of the Annapurna  Studio in Hyderabad are now being used for this film. These are no ordinary floors and the sets too promise to be unique and special. Of course, the film team is not allowing anyone to take pictures of the sets, but here is the real deal from the horse’s mouth.

The film is produced by Shalini Manjunath under the Shalini Arts banner. She is the wife of producer A Manjunath, popularly known as Jack Manju. Anup Bhandari, the director, has come up with some special requirements for shooting the third schedule of the film. These requirements necessitated the film team to shift to Hyderabad.

“Each of the three floors in the Hyderabad studio have a surface of 18,000 sq ft without any pillars in between. Since we did not have such huge floors in Bengaluru, we had to construct our sets there. Structures on two of the floors are complete and the third one is in progress,” the producer said speaking over the phone. 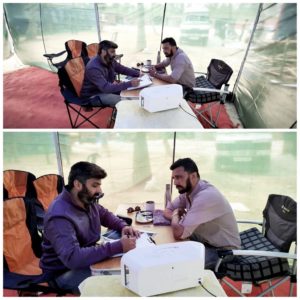 These are the floors where the reality show Bigg Boss Telugu set comes up every year. The shooting of Phantom Vikranth Rona has to be wrapped up before the new season of Bigg Boss Telugu starts. So the film team is working overtime to complete them on time.

Art director Shivu has given shape to the vision of Anup Bhandari. The first set is of a forest with a waterfall. The second set is of another dense forest with a small hamlet. The third set with some special features will be completed in the next few days.

On the reason for erecting a forest set instead of choosing a real location, the producer said, “Permissions to shoot in actual forests are hard to come by. Outdoor locations that can be passed off as forests pose many challenges and uncertainties. We also have portions to shoot at night which is impossible in a real forest or wooded areas. Possibilities of harm to any tree or plants are always present. Considering all the risks, we found these sets to be more advantageous.”

The first schedule of the film was held in Mahabaleshwar. The second schedule was in Bengaluru where a police station set among others were erected. The second schedule, that lasted 18 days, was wrapped up right before the lockdown due to Coronavirus. This new schedule in Hyderabad is expected to last anywhere between 40 to 50 days.

Sudeep and Anup Bhandari first announced a collaboration in 2018 with Billa Ranga Baashaa. That project is now on the backburner as Phantom/Vikranth Rona is taking shape. But for Covid, a major chunk of this film would have been completed by now.

After Hyderabad, the film team will move to Kerala for another schedule. Shooting in four more sets in Bengaluru follows that. Lastly, a hero introduction song set will be erected for the final schedule. 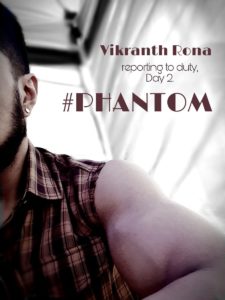