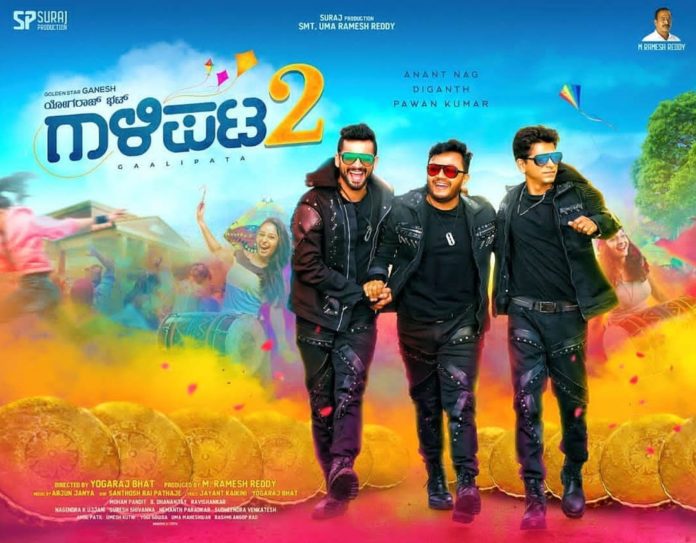 Talking about this to a media, Yogaraj Bhat will start dubbing work for Gaalipata 2. “We are already planning to dub the completed parts of the film and the artists of the film will be dubing one by one.” Ramesh Reddy is producing Gaalipata 2 movie with a romantic comedy storyline under the banner of Suraj Production.

Ganesh, Digant and Pawan Kumar are in the lead roles. Vaibhavi Shandilya, Samyukta Menon, Sharmila Mandre and Nishvika Naidu are among the other prominent roles in the film. The film features Arjun Janya’s music and Santosh Rai Pathaje’s photography.

Despite nation lockdown amid Corona virus fear, Sandalwood Actress Sharmiela Mandre was reportedly on a jolly ride and injured herself in the accident under Vasanthnagar bridge on 4 April.

Actress Sharmiela Mandre and her friend Lokesh are injured in an accident on wee hours in Vasanthnagar. Cops suspect duo were driving under some influence.