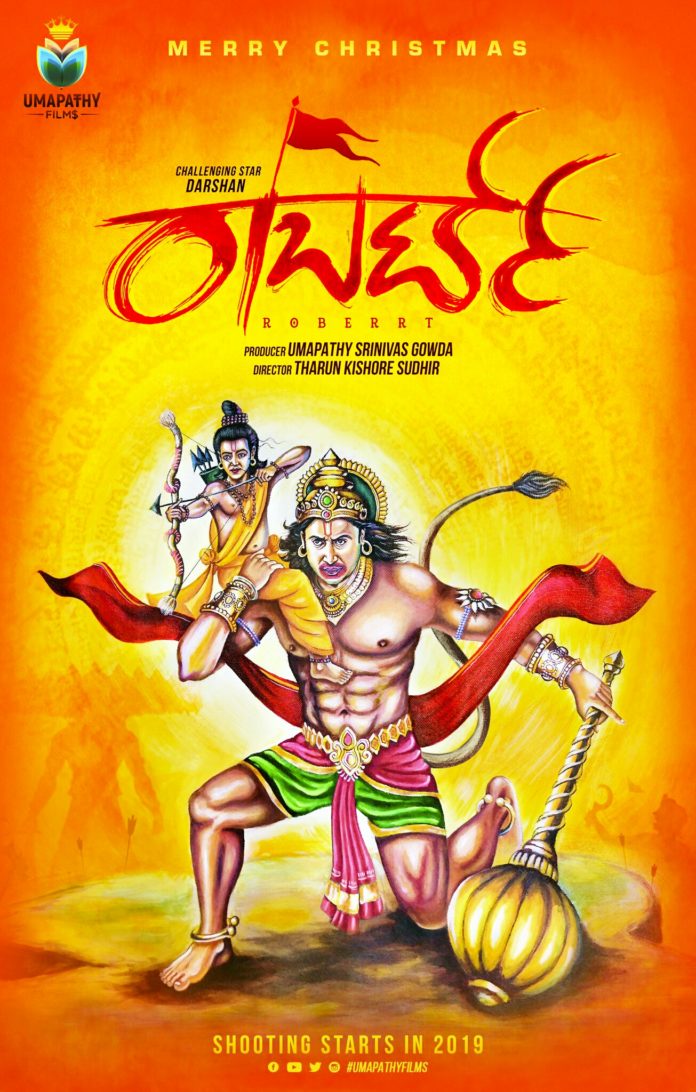 The wait is over. Challenging Star Darshan‘s next directed by Tharun Sudhir is titled ‘Roberrt’. As the movie to on floors in the new year.

Tarun Sudheer is directing Darshan’s 53rd movie and the title was not disclosed earlier. Recently, the poster was released and created a hype through its poster D53 without any title. However, the title was kept secret. Now it’s revealed to all his fans. That is, the title of D-53 is now released on Christmas Day, as a gift to all fans.

The word ‘Robert’ have been heard from one of Darshan’s recent film, as his screen name. The ‘Robert’ title has been finalized, but the spelling of ‘Roberrt’ has an extra ‘R’ alphabet. The team has its own belief in using an extra word to its title, as many in the industry do follow numerology. Darshan claims that the film will be set in 2019.