The Sandalwood entry of Dr Rajkumar’s grandson Yuva Rajkumar, has been officially confirmed long back. Now the launch video of his yet to be titled YR01 movie to be released on Kannada Rajyotsava.

The first look poster, with Yuva Rajkumar has been released earlier. But the makers have not revealed anything apart from the poster. On Friday, an announcement was made by the young actor himself on his social media account.

He said, “The launch video of YR01 will be released on Kannada Rajyotsava. Need your blessings and support always.”

Debutant Actor Yuva Rajkumar is starring in the yet to be titled movie directed by Puneeth Rudrang. The director had earlier worked as an associate to KGF Director Prashanth Neel. And the music is scored by Ravi Basrur.

The makers have released the first look, titled YR 01. But they have not revealed much details. However, the look of Yuva Rajkumar in the poster speaks a lot. There is sure to be an interesting storyline and looks like a historical time drama.

Eatlier in September, the team YR 01 had met Dr Shiva Rajkumar for his blessings. The team said, He was extremely impressed with the outcome of the “Launch Video” of YuvaRajkumar. He whole heartedly blessed and conveyed his best wishes to Director Puneeth Rudranag and team for their effort. The team had discussed about the launch date with the legend. 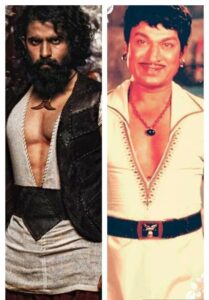 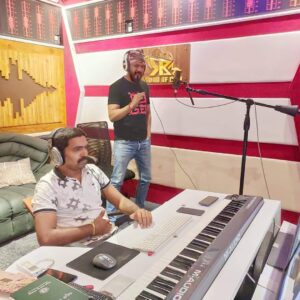