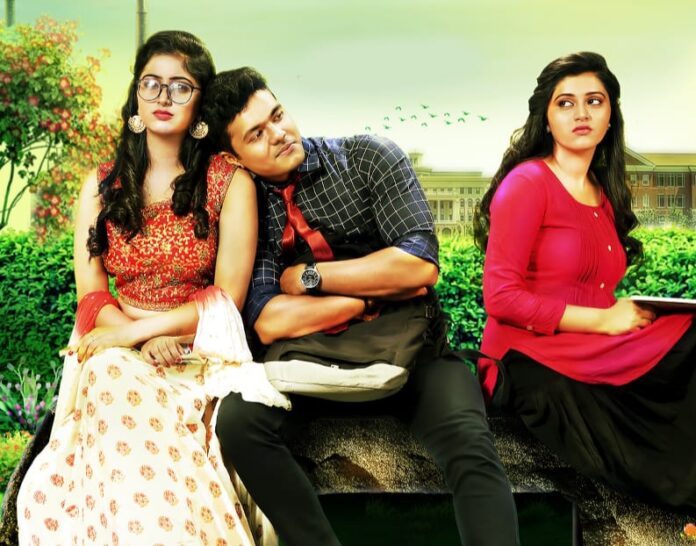 Vasanthi Nalidaga, the evergreen romantic song from the 70s becomes the title of this teenage romance. This film tries to capture the romantic spirit of the films of the 90s with a crop of new youthful lead actors supported by veteran actors in the supporting roles. It does not end up becoming a path breaking film, but readily provides a fresh wholesome entertaining package. Overall, Vasanti Nalidaga manages to create an enjoyable atmosphere around it with romance that pulls your heartstrings, family sentiments that are soothing, comedy that does not go overboard and a few good songs with very good lyrics.

The plot of the film revolves around a carefree youth who is pampered by his father who himself had a troubled childhood. When the boy turns out to be an unsentimental dandy in college, the parents are worried. They do not want him to turn out to be an unsentimental prude. That is when they pack him off to a remote college where he has to cope with people below his class. Does this work? Will our hero change to become a better person? This is the basic plot of the film.

Apart from this, the story also has sub-plots about the relationship between a father and his son, two contrasting love affairs the youngster has to endure before finding and realizing true love, a host of comedy actors who spice up the proceedings and of course a villainous bunch for the fights.

What works for the film is the nuanced story. The characters are well thought of and executed by the director. Veteran actors like Saikumar and Sudharani provide the safe anchoring for the narration. The youngsters Rohith, Bhavana and Jeevitha also perform well to make the romantic sentiments work.

The biggest highlights of the film are the songs. Yograj Bhat’s lyrics for the title song and Nagendra Prasad’s lyrics for the college songs are top class. Even the music of the film tries to recreate the melodies of the 90s. On the technical front, the film manages to hold its own despite not being a big-budget venture. It has decent production values and maintains a good standard.

In the second half, the plot adds additional comedy scenes delaying the romantic sentiments for some time. It seems to be done to give more screen time to Sadhu Kokila and the other comedians. They do their job well and entertain in those parts. But a few scenes could have been done away with for a crispier narration. However, overall the film works as a youthful romantic entertainer and won’t disappoint. The young and the young at heart will both enjoy the decent entertainment. 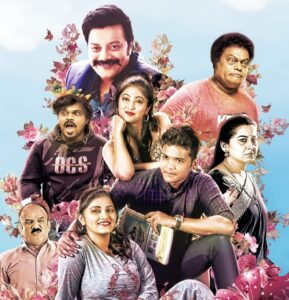