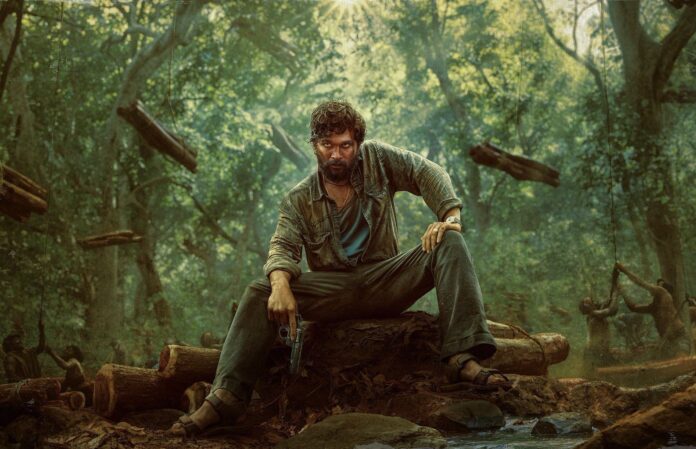 Prime Video, one of India’s most loved entertainment destinations, has a treat in store for its viewers this new year, with the exclusive streaming premiere of the action thriller Pushpa: The Rise- Part 1, starring Allu Arjun in the titular role. Written and directed by Sukumar and produced by Mythri Movie Makers and Muttamsetty Media, the Telugu action drama also stars Rashmika Mandanna and marks the debut of the noted Malayalam and Tamil actor, Fahadh Faasil in Telugu cinema.

The movie will be premiering on Prime Video on 7 January. The film will also be available in Tamil, Malayalam and Kannada. Pushpa: The Rise—Part 1 takes the viewers on a galvanizing, intensely wild, hair-raising ride deep into the Seshachalam forests situated in Andhra Pradesh. Here, lorry driver Pushpa Raj—portrayed by Allu Arjun—is deeply involved in the smuggling of red sandalwood trees.

The movie chronicles the fight of good against evil as the police crack down on the smuggling empire that is rampant in these parts. The fast-paced, powerful, and thought-provoking narrative pulls the viewers into a vortex where there is no right or wrong, and there are no bad men—only heroes in different hues of gray. The movie garnered rave reviews from fans and the film industry alike, and the first day of its release across the country saw packed houses, with Allu Arjun and Fahadh Faasil fans thronging cinema houses.

“We are excited to give our viewers a thrilling start to the new year, with the worldwide streaming premiere of the action-packed entertainer Pushpa: The Rise- Part 1 on Prime Video,” said Manish Menghani, head of content licensing, Prime Video, India. “An exciting new addition to our vast repertoire of local language content, this fast-paced movie is bound to keep our customers captivated from start to end. Featuring an all-star cast – Allu Arjun, Fahadh Faasil, and Rashmika Mandanna, the film has won the hearts of audiences with their phenomenal performances. We are delighted to collaborate with Mythri Movie Makers and Muttamsetty Media and bring this larger-than-life action thriller to our viewers across the globe.”

Writer and director Sukumar said: “Firstly, I am deeply grateful to the fans and audiences for their love and appreciation, and making this movie a hit at the box office. This is a story set in the heartland of India. The idea of taking the viewers on a journey into the cutthroat world of red sandalwood smuggling operations had been with me for some time now. I believe that viewers will appreciate the fact that the movie moves away from the absolutes of good and evil, and delivers a roller-coaster ride of action and drama. The compelling story and the fantastic performances by the talented cast will make it a must-watch immersive experience for viewers across the world.” 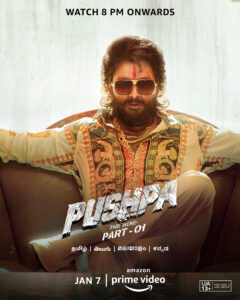 Talking about his role in the movie, Allu Arjun shared: “The moment I read the script, it instantly felt right to me. The story of an underdog rising up the ranks may sound run-of-the-mill, but the way his journey has been rendered in the movie, the multiple layers and nuances added to this character are so unique and unlike any other I have done so far in my career. I am honoured to be part of this project and absolutely thrilled that the film will reach audiences worldwide with its release on Prime Video.”

“All the months of hard work and training have paid off when I see the audience praising the movie so highly,” said Rashmika Mandanna. “Working with stellar actors like Allu Arjun and Fahadh Faasil has been one of the key highlights for me. The unique storyline and powerful narrative, as well as the multifaceted character sketches, reflect the immense efforts put in by the creators in bringing this movie to life.”

On his first stint in Telugu cinema, Fahadh Faasil said: “Pushpa: The Rise—Part 1 has proved to be a fantastic debut for me in the Telugu film industry. From the way my character has been shaped—the looks, dialogues, and action sequences—each and every element has been intricately woven into the storyline. I absolutely loved preparing for such a distinctive role. And with Prime Video launching this movie on its service, I am super excited to bring my fans across the world a different shade of my acting for them to enjoy.”

Written and directed by Sukumar, Prime members can watch the film in Telugu, Tamil, Malayalam and Kannada in India and more than 240 countries and territories worldwide starting 7 January.

Co-produced by Mythri Movie Makers and Muttamsetty Media, this action-packed thriller stars Allu Arjun in the titular role, along with Rashmika Mandanna and Fahadh Faasil in pivotal roles. 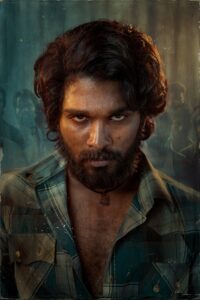 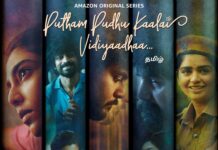 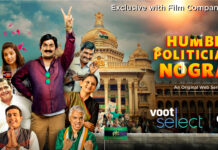 Humble Politician Nograj ready to take you on a funny ride