There are many movies lined up and have already released after being dubbed in kannada. But this movie Sye Raa Narasimha Reddy, is a treat to watch for its dubbing quality.

This is a story of Sye Raa Narasimha Reddy, a rebellion who revolted against the atrocities of the East India Company in 1847. It is set around 10 years before India’s First War of Independence.

Uyyalawada Narasimha Reddy (Chiranjeevi) is an emperor and administrator from the Rayalaseema region of Andhra Pradesh. He gets trained under his guru Gosayi Venkanna (Amitabh Bachchan) school that teaches him to fight against all odds. One day he gets to meet Lakshmi (Tamannaah) who is a dancer and both fall in love with each other. Both Narasimha and Lakshmi decide to get married, but Narasimha gets to know through his mother that he had a child marriage which was kept as a secret.

His marriage was with Siddhamma (Nayanthara), who lived her life dreaming only about her husband. Meanwhile British men start their atrocities on the people of his region which irks him. He stands tall protecting his people and gives britishers a powerful reply to stop troubling his people. During that time, the British East India Company comes to India for business but soon starts to loot and torture the natives as well as ship the natural wealth of India back to Britain.

When Narasimha Reddy witnesses their atrocities, he gets furious and leaves his throne, wife and mother and teams up with Emperors of other regions, Veera Reddy (Jagapathi Babu), Avuku Raju (Sudeep), Raja Pandi (Vijay Sethupathi) and others starts a rebellion against the British East India Company.

Every scene in the movie gives one a goosebump movement, if he enjoys watching a character like Narasimha Reddy one of the first rebellion against british. Kiccha Sudeep as Avuku Raju character is the second best in the movie thats a treat to all audience. Such a maveric cinema can be made only if the producers believe in the content.

However, there should have been more strong and powerful dialogues to all characters. Also there are many scenes that could have been edited, which is a laggerhead at times. Music is average. It is a visual extravagenza, one should not miss to watch for the character like Narasimha Reddy, who is an unsung hero. 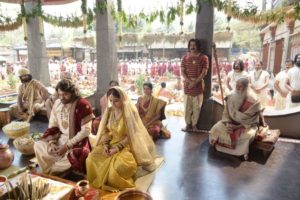 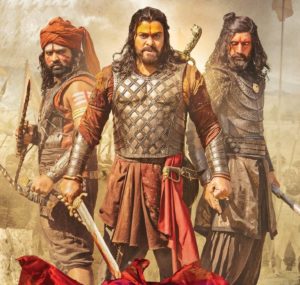 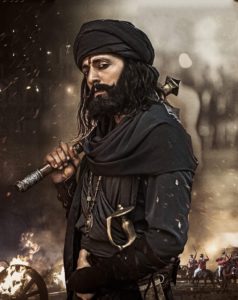