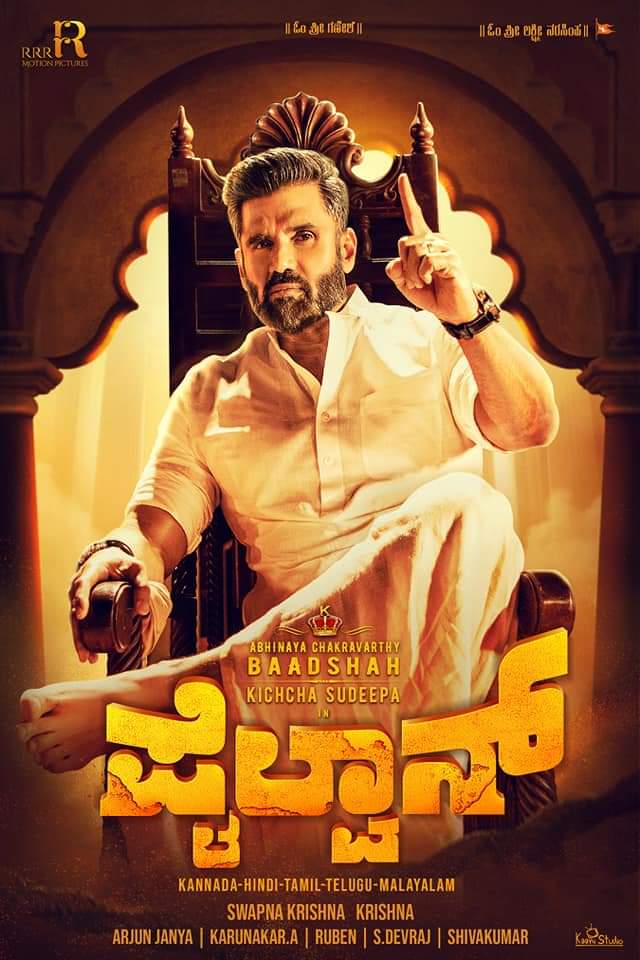 The first look poster of Pailwaan movies Sarkar character was unveiled by Sudeep on Wednesday evening.

Kiccha Sudeep unveils the first look poster of his co-star Suniel Shetty from their upcoming movie Pailwaan. It is a Sandalwood debut for Suniel Shetty in Pailwaan, directed by Krishna and starring Sudeep.

In his tweet Sudeep said, “Happy to tweet the poster of Sarkar… Played by Suniel Shetty Anna in Pailwaan at 6 pm today. Thank you Anna for all your support and love. You were amazing on set, and you are amazing in the role.” 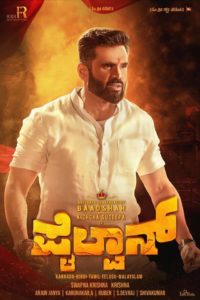 Bollywood Actor Suneil Shetty  is making his Sandalwood debut with Pailwaan. He plays an important role in the Kannada movie, but it is unclear whether he has negative shades to his role or not, considering Sushant Singh and Kabir Duhan Singh are also part of the flick.

Suniel plays a role of ‘Sarkar’. Over the years, many attempts made to get Suniel Shetty to Kannada industry. As Karnataka is his native town, It is finally true. Film will also be dubbed in 9 languages out of which Hindi, Tamil, Telugu and Malayalam. Pailwaan is an action thriller in which Sudeep plays the role of a wrestler and boxer.

The movie is scheduled for release on August 9, it is expected to clash with Darshan’s Kurukshetra, which will hit the screens on August 9 as the producer announced recently.