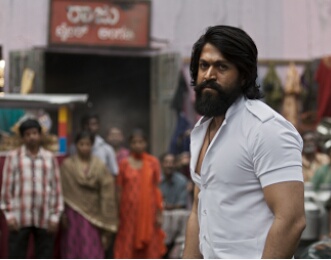 The trailer of Yash and Srinidhi Shetty’s KGF has been launched on Friday. Rebel Star Ambareesh formally released the Kannada version of the trailer in presence of more than 300 journalists and media houses across the nation. As the trailer was launched, everyone were awe struck by the stunning visuals and terrifying acting.

The social media was flooded by praises pouring in from every one on the magnum opus KGF trailer. Let us see the celebrities reaction over the trailer.

Dr Shivarajkumar says best wishes to the team of KGF via a special video. He requests everybody to watch and support the film, thereby breaking the barriers between the industries.

Kiccha Sudeep says, “Seems like a valcano about to erupt. My best wshs to th team of KGF .Hats of to Prashanth for his mind boggling vision. He along with team has taken it to another level.Yash looks splendid. Kudos to Hombale films for their passion.”

Director, Santhosh Anandraam says, “KGF comes out as a feather to the dream of kannada cinema. Hombale films are kannada’s pride, Rocking Star Amazing Appearance, all the best Prashant Neel and Team. Kudos to Team KGF.”

Rashmika Mandanna’s says, “OMG! OMG! OMG! Absolutely stunning!! KGF trailer absolutely amazing!! Bestest of luck to the whole team..the hard work the time the everything put into the film is clearly seen.. you guys deserve best of the best! I hope everyone watch it.”

Roaring Star, Sriimurali says, “You need to watch this KGF trailer to experience it. Proud moment for KFI can’t wait to watch this movie. All the best Prashanth Neel, Yash, Karthik and Hombale films.”

Director Hemanth Rao says, “EPIC! What visuals! My god! Anant sir’s voice at the beginning gave me goosebumps. Take a bow Prashanth Neel, Yash, Karthik & Vijay sir and team, the sheer size and quality of the canvas is a matter of pride for every kannadiga. Too good.”

Actor and Director, Rishab Shetty says, “This is mass, this is class and above all, this is Kannada Cinema. Prashant Neel is back with another trend setter. Congrats Hombale Films on this venture. Yash, man i fall short of words to describe your awesomeness.”

Actor and RJ Rohitt says, “Had to tell you my movie news. But want to share this first.Watta trailer gives you goosebumps. Proud to say these people are my friends Yash, Prashanth Neel, Karthik, Hombale films, Srinidhi Shetty Salute. Waiting to watch this movie as a fan of Kannada movie.” 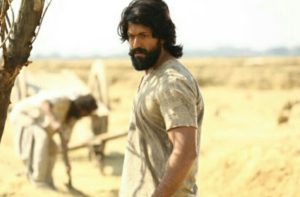