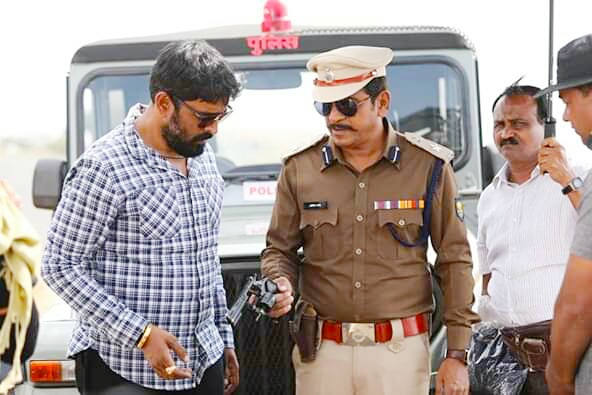 Good news is that Dr. Shivrajkumar has kick-started the last schedule of his upcoming action drama Rustum, and now we hear that stuntmaster turned director Ravi Varma is adding extra action dose to the film.

The last schedule of the film started in Bihar recently. The noted fight master turned director Ravi Varma is making his Kannada debut with Rustum, and according to latest media buzz, it is also said that the director is designing some unique stunts in this film.

The film is produced by Jayanna and Bhogendra under the banner of Jayanna Combines. The film also features Vivek Oberoi, Rohitt , Shraddha Srinath, Rachita Ram and Mayuri Kyatari in the lead roles.

According to buzz, Fight master Ravi Varma is designing special action stunts for the film, which are never seen before in Kannada films. Needless to say, the stunts are dangerous and expensive.

This action sequence will come in the second half of the film, involves heavy vehicles, will be shot with four cameras in different angles, also said that they are using drones to shoot this particular actions sequence. With this film unit will complete their entire shoot.

Director assures that this film has Shivanna’s career-best stunts in it and he will be seen in cop avatar. Fans can expect the movie to be released early in 2019.