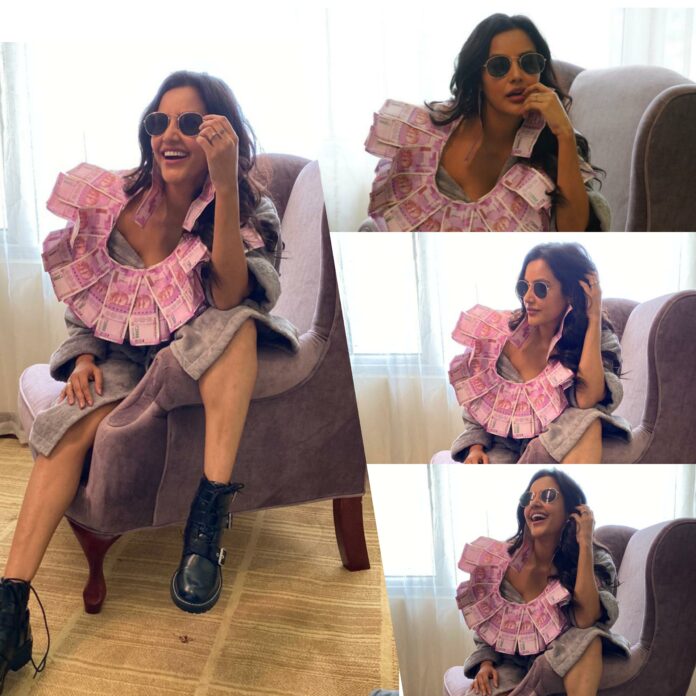 South Indian actress Priya Anand, also the heroine of the Power Star Puneeth Rajkumar starrer ‘Rajkumara’, ‘James’, has been in news for her latest photoshoot. The actress photos have gone viral over internet, where she us seen wearing a garland made of Rs 2000 notes.

It is reported that Priya Anand has taken these photos for her new Hindi web series ‘A Simple Murder’.

A Simple Murder ‘is a black comedy directed by Sachin Pathak, with Priya Anand, Mohammed Zeeshan Ayub, Sushant Singh and Amit Sial in the lead.

In a note on Monday, the actress Priya Anand shared, “A Simple Murder Filmed during the lockdown it couldn’t have come at a better time for me to be able to collaborate with such amazing talent. We were not a team because we worked together but because we collectively came together with the same integrity and passion towards the craft.”

Its been a long time since the writing has excited me so much! So thank you Prateek for narrating this zany script to me! The writing is so non judgmental and thats such a rarity.
With such a talented bunch of actors all I ever had to do was listen, listen and react. Thank you Sachin for allowing me to GO for it and my beloved husband Zeeshan for being at the receiving end.

Theres something so comforting about working on a scene with you. Watching Amit Sial, Sushanth Singh, Ayaz Khan, Abram Kochhar, Gopal Dutt, Tejaswi, Ankur and Yashpal Sharma’s perform was so magical.
One of my favorite things about working on a Hindi project is the value placed in all characters and the importance given to casting! Congratulations Parag.

Everyday on set I was in awe of how amazingly nuanced everyone was and that always kept me on my toes! All the actors had one thing in common – “They love what they do for the sake of performing – not for the glory that follows.”

It was lovely to reconnect with our cinematographer Baradwaaj. Between the cinematography, art and costumes all I ever had to do was BE in the scene as opposed to even trying to perform.

In A Simple Murder I found a team that challenges me and for that this project will forever have a special place in memory! This has been one of the nicest teams I’ve collaborated with ever! Thank you Ajay Rai, everyone at Jar Pictures, Sachin & his amazing team of Assistant Directors, the most meticulous art department & not to forget our glamorous costume department for this experience.

And like our show A Simple Murder with its limitless coincidences I have to thank Mukesh Chabra for having me be a part of this amazing show. And lastly, thank you to everyone at Sony for giving us a freehand! So much respect for the kind of content you are choosing to back up and the proof is in the pudding, she added. 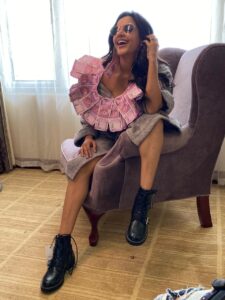 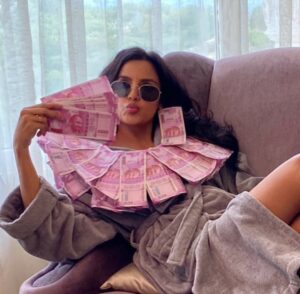 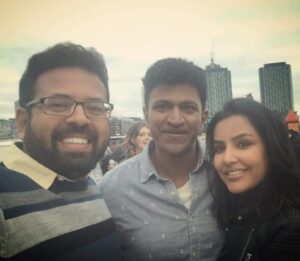 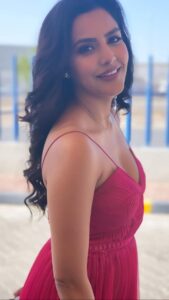 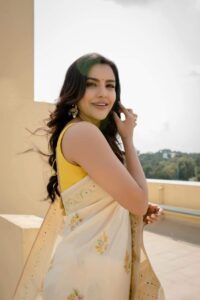