It was not just the movie Pailwaan’s audio launch event held in Bengaluru, it was a treat for kannada cinema fans. Kiccha Sudeep and Powerstar Puneeth Rajkumar’s sharing the stage together.

The stadium was jam packed with fans galore every where cheering the star of Pailwaan Kiccha Sudeep. While most of the starcast of Pailwaan were present at the audio launch event. It was Puneeth Rajkumar’s appearance as a chief guest to launch the audio saw both actors fans cheers for their friendship. 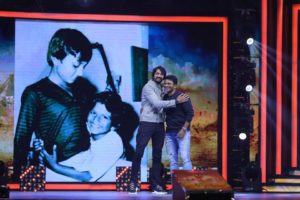 As Pailwan is Sandalwood’s highly anticipated movie, it will hit screens on September 12. This is the first movie Sudeep had portrayed a role of a sportsperson.

The highlight of the movies were recreation of Sudeep and Puneeth’s childhood memory through a photography taken then.  There were performances by music director Arjun Janya and Vijay Prakash and a dance performance by leading actress Akanksha Singh. 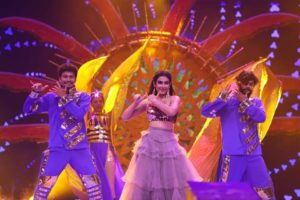 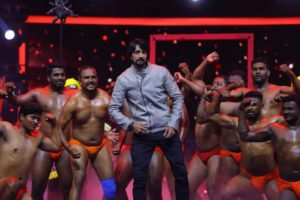 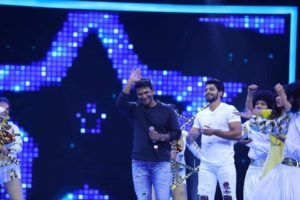