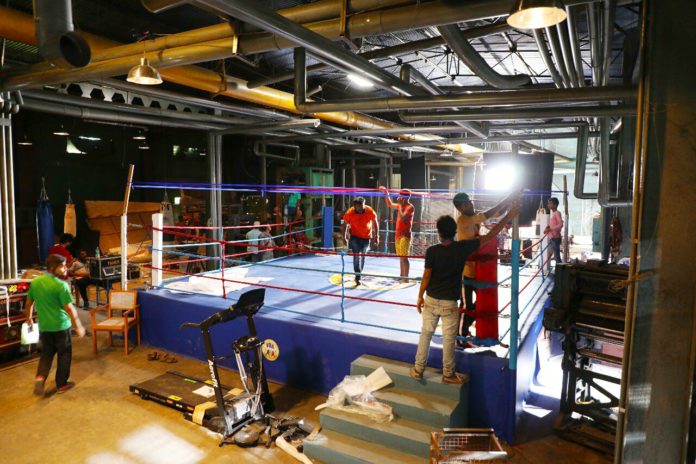 It will be a visual treat for Kiccha Sudeep’s next movie, the makers are leaving no stone unturned. There are more than 20 mammoth sets erupted for Pailwaan in Ramoji Film City, Hyderabad. The movie directed by the cinematographer krishna starring Kiccha Sudeep have lot of expectations in terms of making. Hollywood stunt choreographer Larnell Stovall started rehearsals for a boxing scene on Monday.

Each set from the Pailwaan shoot has a different stage, as the title needs to show the stage for the fighter. For the movies fight scene the makers are in the process of erecting huge sets. Also green mats are used, earlier in Dr Rajkumar era movie was made with huge cast, crew and sets. It looked so realistic and nobody can match those standards with lack of technology.

We have to wait to watch the bollywood actor Suneil Shetty and Sudeep facing off each other in Pailwaan. Also people are eager to see the two share screen space. Now, the duo will soon begin shooting together in Hyderabad in a special set that has been put up.

The extensive schedule will feature all the cast, which includes P Ravi Shankar, Kabir Duhan Singh, Aakanksha Singh and Sushant Singh among others. The film marks the reunion of the Hebbuli team of cinematographer-director Krishna and Sudeep. 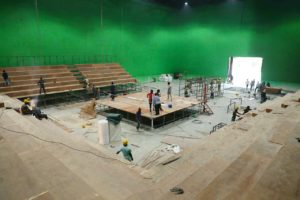 Even this movie can be simultaneously released in Hindi and other languages. As Sudeep is a national star and it has all elements for a other language release. The KFI will be getting more movies that gets rewards and awards across nation for its quality kannada movies. 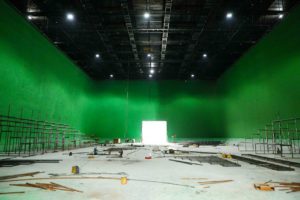 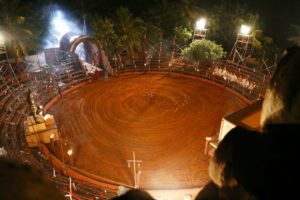 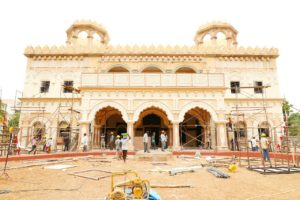 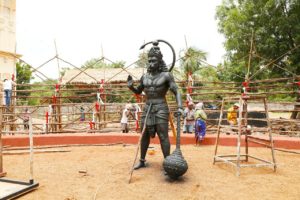 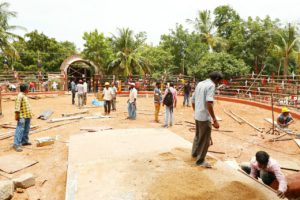 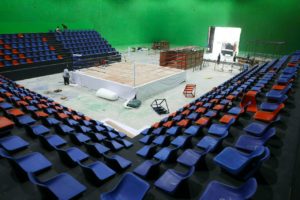