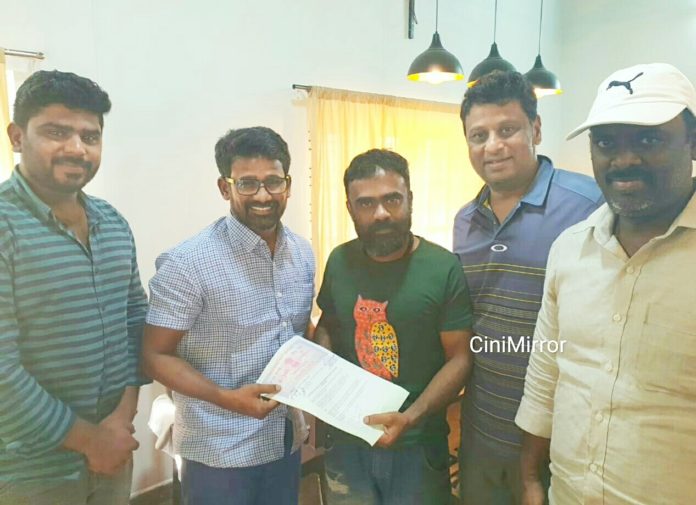 Kollywood Director Muthaiah recently bought the Remake Rights of Shivanna starrer Blockbuster movie Tagaru. On wednesday, The news was officially confirmed by its producer on his official twitter handle.

Tagaru, Directed by Duniya Soori,  the film marks his second time collaboration with Shivanna after Kadipuddi. Komban Director Mutthaiah loved the story of Tagaru which made him purchase the remake rights. It is a cop versus gangsters’ tale, the film featured Shivanna in the role of a cop and audiences loved his performance in this realistic story. Despite the film’s non-linear screenplay, the film worked with the audiences and emerged as the biggest strength.

Tagaru has turned out to be another hit movie in Shivaraj Kumar’s career. The movie has added another feather to actor Shivaraj Kumar’s acting hat, along with successful movies like Om and Jogi. And for Dhananjay, it has become a career-defining film as he has left the audience and critics in awe as a deadly villain.

The movie is also touted to be actress Manvitha Harish’s best work till date. Produced by KP Srikanth, Tagaru was released on, February 23.

As the movie’s songs have been topped the charts and listeners have appreciated the unique album composed by Charan Raj.

One of the hit films of the year, Tagaru has an ensemble cast. With Manvitha Harish, Bhavana, Vasishta Simha and Anita Bhat in it, the movie features actor Dhananjay as the antagonist Dolly. Mahendra Simha is the film’s cinematographer.

Komban director M Muthaiah began his career as a director with the 2013 release Kutti Puli, which had M Sasikumar and Lakshmi Menon as the lead pair. He then went on to direct films such as Komban, Marudu and Kodiveeran. The director is currently busy with the film Devarattam, for which he has roped in Manjima Mohan to play the lead role.