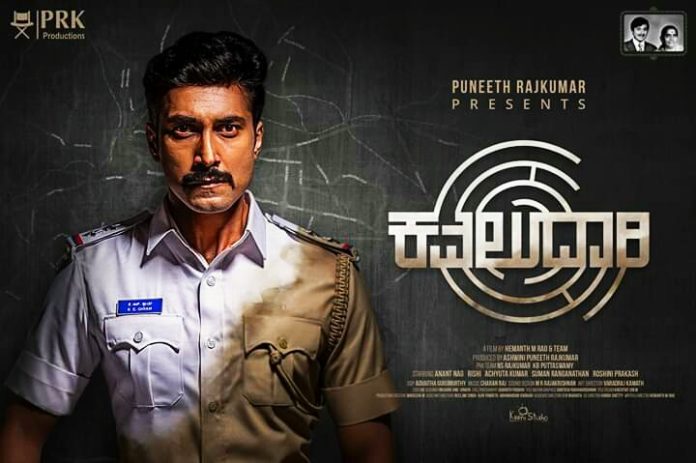 After the teaser of Kavaludaari was released on November 1, many were expecting the movie to be released by this year end. However due to several reasons the movie is now releasing in 2019 and the date is confirmed.

Here is a news on Kavaludaari movie, Powerstar has confirmed about his first production house movie release date.The film will be seeing a February mid release, as Puneeth Rajkumar in a recent event did speak about the release and confirmed. It has been 2 years since the directors last outing Godhi Banna Sadharana Mykattu got released.

This film, which features Rishi, Anant Nag and Suman Ranganathan. Rishi plays the role of KS Shyam, a traffic inspector, who is not happy with his job.

Kavaludaari is an investigative noir film written and directed by Hemanth M Rao, presented by Puneeth Rajkumar and produced by Ashwini Puneeth Rajkumar of PRK Productions. Kavaludaari will be the first feature film presentation from the production house.