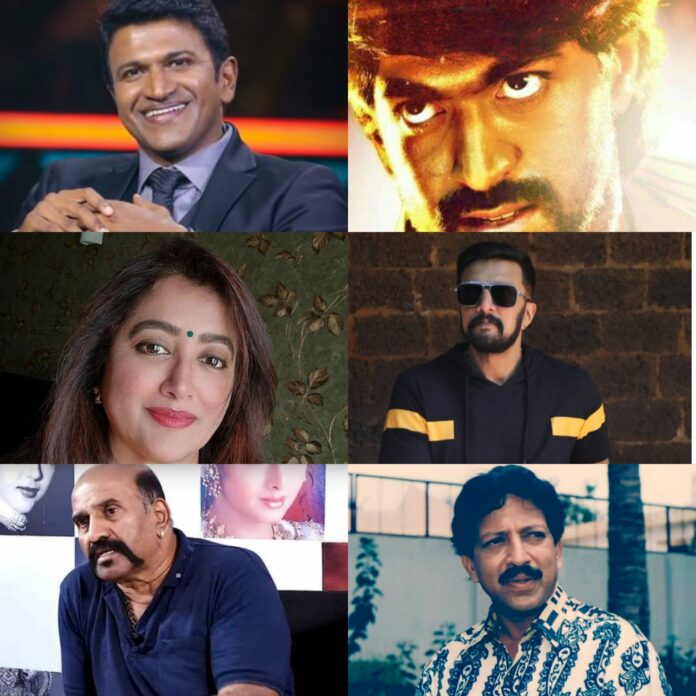 Telugu actor Vijay Rangaraju has made a controversial statement about Sandalwood legendary actor Vishnuvardhan. Also, the Kannada cinema industry and its artists are up against the telugu actor. Similarly now, actress and parliamentarian Sumalatha Ambareesh has given a strong befitting reply for making false allegations.

In a series of tweet, MP and Actress Sumalatha Ambareesh on Tuesday shared, “When one needs some quick and cheap publicity, all they have to do is loosen their tongues and speak something bad or controversial about a famous personality. Seeking such instant publicity seems to the the trend these days.”

“The whole of Karnataka and South Indian film fans know Vishnuvardhan’s stature. The immense popularity he had and still commands 10 years after his demise is unparalleled. Just because a person who nobody had heard of till now says a few ugly words, it won’t make any dent in Vishnuvardhan’s image.”

“It just exposes the cheap mentality of this cowardly person who speaks ill about a person who is not around to retaliate or reply. They say that even if a thousand dogs bark the heavens won’t be sullied. People like these should be ignored and not given importance at all.”

“We know the personality, nature, stature and mettle of Vishnuvardhan. When you dare not talk when the person was alive but do it after all these years, it is easily understandable that it is for cheap publicity and nothing else.”

She added, He has spoken utter rubbish and lies. He does not even carry the dignity to seek an apology and does not deserve to be merited with a pardon.

Actor Kiccha Sudeep gives strong warning to actor Vijay Rangaraju and condemn his cowardly statement. In a video he stated, he felt hurt and angered over the fact that someone has made unsavoury remarks on an actor who is no more. Sudeep added that all artists from the fraternity should respect one another and demanded an apology at the end of his video.

In a tweet, Actor Puneeth Rajkumar stated, “The most important quality for an artist to possess is to respect and love our fellow artists, irrespective of the place they are from. Defaming one our senior most artist Dr. Vishnuvardhan was uncalled for. We want the concerned person to provide an unconditional apology for his act. The entire film industry stands united respecting art and an artist’s contribution. Let us be human first. #RespectArtAndArtist” 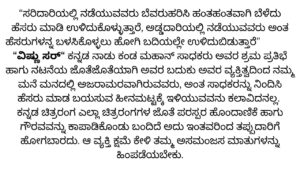 Actor Yash slammed Vijay Rangaraju for his inappropriate comments on late Dr Vishnuvardhan. In a tweet, he stated, Vishnuvardhan is an idol of Kannada film industry . The way he lead his life by following values remains to be an inspiration for us. The person who has tried to take publicity by making such remarks against one of the finest actors of our industry should take back his words and seek an apology.

After all stars seek unconditional apology, Vijay Rangaraju in a video did apologise to all artists and Vishnuvardhan fans.