The movie Jaya Jaya Jaya Jaya Hey starring Basil Joseph and Darshana Rajendran in lead roles is directed by Vipin Das and produced by Lakshmi Warrier and Ganesh Menon under the banner of Cheers Entertainments.

After much acclaimed malayalam hit movie Jaaneman and co produced Amal Paulson under the banner of Sooper Dooper Films. The movie hit the theaters in Kerala and GCC on 28th October and is received with open arms by the audience, is becoming one of the biggest hit in recently released Malayalam cinema. Vipin Das, the directer himself have co written the movie, along with Nashid Muhammed Famy.

Jaya Jaya Jaya Jaya Hey is a complete family entertainer package which revolves around after marriage life of a couple, Rajesh and Jaya. The director had succeeded very well in conveying a very relevant social issue in the most witty way yet with all the impact it demanded. The movie is emerging as the biggest hit of malayalam cinema in the current year (2022).

Jaya Jaya Jaya Hey nearly collected around 35 crores alone from the initial releasing points of kerala and GCC. The movie not only emerged as a blockbuster but also gathered rave reviews  from the critics. Now the movie is extending its dream run in other indian states. Jaya Jaya Jaya Jaya Hey released in Rest of India centres on 11 th November, 2022 and is getting a huge impact on the wider release. The movie is reported with a collection of around 85 lakhs from day 1 itself from our of Kerala states. 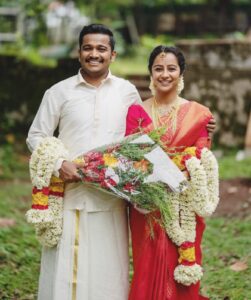