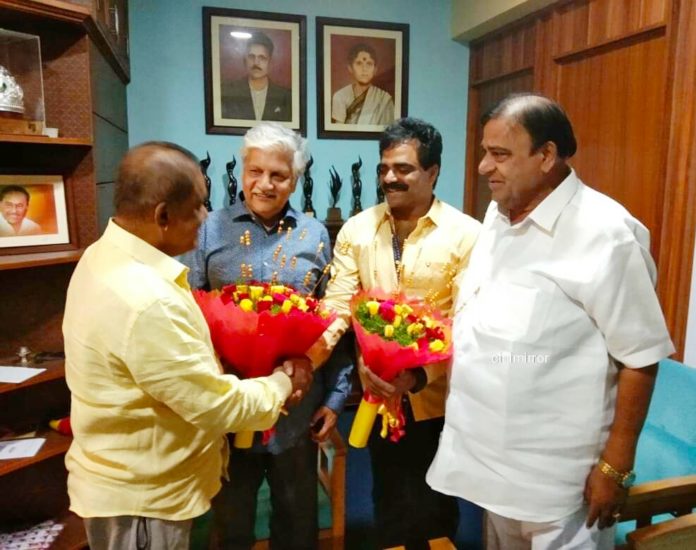 The work on Gandugali Madakari Nayaka starring Darshan Thoogudeepa starts if with the music director in full swing. From the time the news of this movie was making rounds there was a lot of gossips who would be acting, directing and scoring music. Now to all those rumours there is an answer. Recently the movie team met the music maestro Hamsalekha and the work to be started soon.

The film bank rolled by Rockline Venkatesh and , directed by Rajendra Singh Babu, is based on B L Venu’s book, Madakari Nayaka, who was the last ruler of Chitradurga and belonged to the Nayaka community. It will be produced by Rockline Venkatesh. The actor, who will soon hit his 50th film says his love goes back to historical subjects is also because he gets to learn about history through the films.

The project is likely to go on floors in 2019 and the official launch date will be fixed once everything is in place.