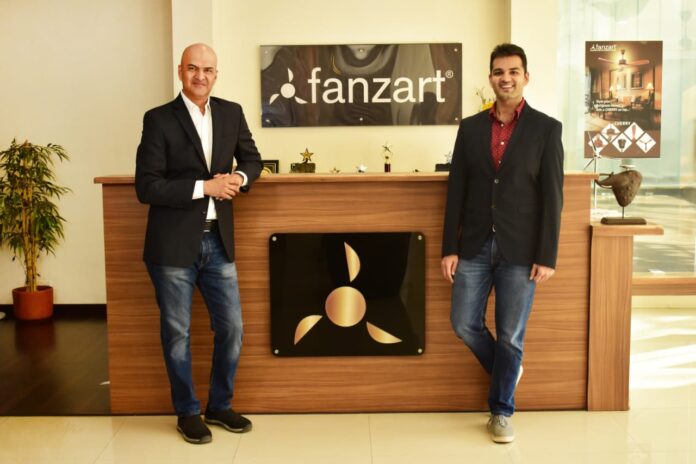 Fourth time entrepreneur Anil Lala’s vision in sensing the demand for luxury fans in India led to the birth of Fanzart in the year 2012.

The idea of starting Fanzart came when Anil was on an evening out in San Diego, USA, and chanced upon designer fans at a Mexican restaurant that seemed incredible. Anil promptly came back to India and with about a year of R & D and several value additions, he started catering to the unique needs of the diverse Indian market.

For him as an entrepreneur at close to 60 years the natural inclination was to get his son involved in Fanzart to take on the mantle, while he continued to handle the conventional part of the company, that is finance, logistics and production.

His son Tarun Lala being an electrical engineer from Northeastern University, USA and a Stanford entrepreneur naturally got excited about the business of luxury fans.

Having worked in Fanzart even during his entrepreneurial stints, Tarun now took on full time, dealing with front-end requirements – from forging strategic partnerships to franchising, to the e-commerce and digital marketing as well as social media marketing of the brand. Additionally, he plays an integral role in designing – or as he puts it, creating aesthetic solutions for Indian requirements for Fanzart products.

“My mother always used to mention that a single person is 1 but two people together become 1+1= 11. Tarun brings that invaluable strength of 10 additional people into the company,” says Anil Lala with pride.

Here are some of the innovations Tarun brought into the business after joining:

Introducing BLDC Fans into Home Automation: Fanzart was the first company in India to bring in the brushless DC Motor fans, an internationally implemented technology that guarantees enormous power saving. “Put simply, if all the fans in India turn to BLDC, 30 Lakh watts of power per hour can be saved and that would be the answer to India’s power problems”, explains Tarun.

Tarun’s idea of SmartArt by Fanzart has solved the problem of automation integration with AC and DC Fans and is the first company now to develop DC Fans with an on-the-wall interface for manual operation, along with Remote, App and Voice Control (Amazon Echo / Alexa, Google Home).

Not only have they automated the fan but now the fan can be used as a hub/enabler to automate your entire home.
Fanzart’s fans also come with sleep options, dimmers, LEDs and even a summer-winter feature where fans turn clockwise for warm air and anti-clockwise for cool breeze.

Tarun then introduced fans that incorporate Bluetooth technology, among other features that allow for seamless integration into home automation features. A puja room fan that plays bhajans, a children’s room fan that retracts, a dining room fan that lights up a space, retracts its blades when not needed and which cools while letting food remain warm – that is technology at its best.

Blending Aesthetics with Functionality: From creating Fandeliers (Fans that are chandeliers), to fans that double up as light features; that come with retractable blades; to those that oscillate, revolve and rotate on command, and much more Fanzart, Tarun has elevated the humble fan from a last mile purchase to an element incorporated right at the design level.

What is interesting is Anil and Tarun have great chemistry and sync very well in their thoughts.
“We always put our thoughts on the table for common activities like design, development, systems and processes. We have our brain storming sessions regularly and sometimes agree to disagree but we have a rule – whenever we disagree, he has to convince me and vice versa,” says Anil Lala.

Together both have grown Fanzart to 85 experience centres covering most important tier I & their II cities in India and have also expanded to Sri Lanka, Middle East, Bangladesh, Nepal, Africa as well as to Europe. The brand today has over 112 models of fans that can suit any type of décor. Each model can be a topic of conversation and is driven by design and passion.

This father-son duo is surely raring to go and belong to the universe of entrepreneurs and forward thinkers who ideate all the time and implement smartly and just as quickly. 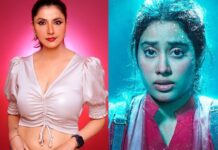 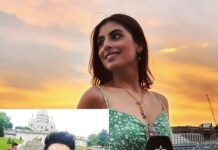