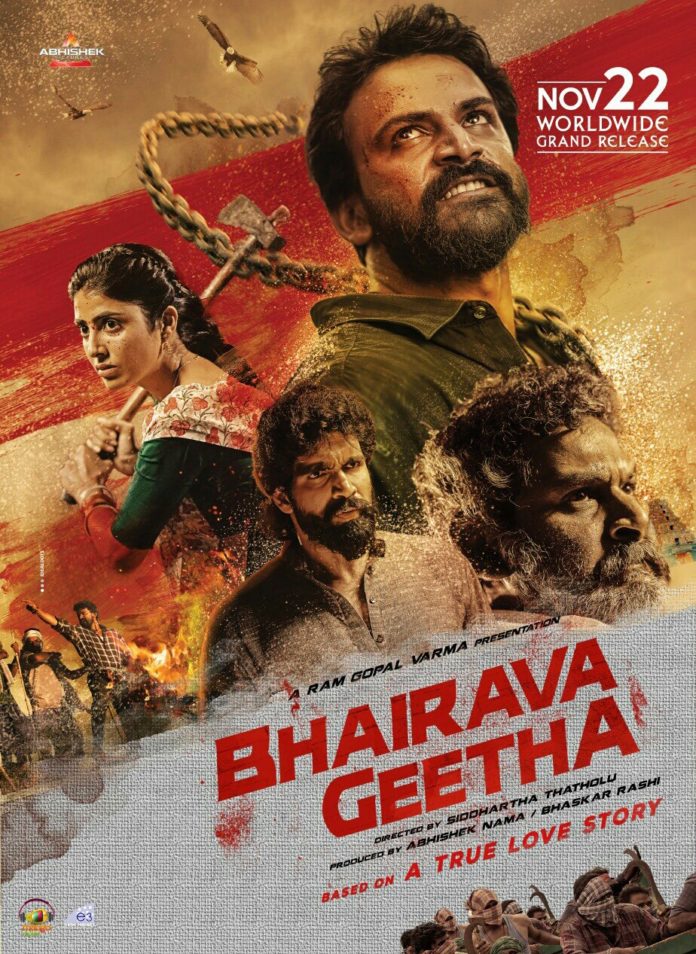 The makers of ‘Bhairava Geetha’ have come up with an official announcement of the movie’s release on November 22nd in Kannada, Malayalam, Tamil and Telugu languages simultaneously. Featuring Dolly Dhananjaya and Irra Mor in the lead roles, this film is being directed by Siddhartha Thatholu while director Ram Gopal Varma is presenting it.

‘Bhairava Geetha’ is an emotional love story based on true incidents. Bhairava, from a lower class falls in love with an upper community girl, Geetha. The lead pair look refreshing and there are some steamy scenes between them. Accordingly a sensuous still of the lead pair is shared.