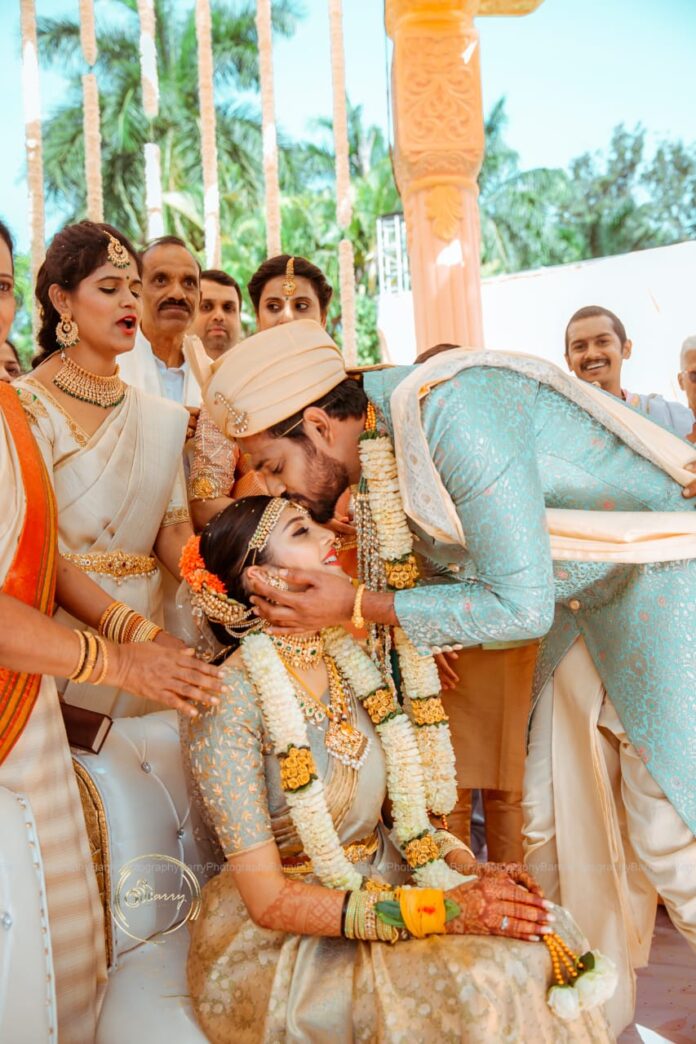 Actor Darling Krishna and Milana Nagaraj’s wedding took place on Sunday at a resort on the outskirts of the city. Both the celebrity couple who are in love with each other got married on the day of Valentine’s Day.

Recently, the duo’s Mehndi event was held and both were looking great together not just on screen even off screen. The actor Krishna and Milana had shared the photos of the event on social media for fans.

Fans are showing their love by commenting on these photos. On the big day of Krishna-Milana’s wedding, a song from their movie Love Mocktail-2 is being released today.

The wedding is being held in a different theme. Krishna is busy with many movies including Love Mocktail-2. Both the couple were happy that the marriage was held according to their plans. A special wedding mantapa was erected for the marriage, which was held as per the Hindu customs.

The celebrity couple had personally met their colleagues from industry and invited them for their wedding. Several actors and actresses from film industry had come to congratulate and wish the couple.

Darling Krishna and Milana
1 of 7