Everyone knows that Darling Krishna and Milana Nagaraj of Love Mocktail fame are in love with each other and will soon be married. Now the couple has announced their wedding date.

The two stars Krishna and Milana had not officially informed about their wedding date earlier. On Tuesday, Both Milana and Krishna shared information about there wedding date on their social networking site.

The pair, who are busy filming Love Mocktail 2, will get hitched on February 14, 2021. Darling Krishna wrote about this on his Twitter account. The couple also did a special photoshoot to inform the wedding date.

Actor and director Krishna said, “I am happy to announce that, we are getting married on Feb 14th 2021, Bless us.”

Now the wedding date has been posted on Twitter by Milan Nagaraj sharing the picture of the engagement scene on Twitter.

Milana entered the cinema industry with the film ‘Nam Duniya Nam Style’. She also acted in Darshan’s film Brindavana and also acted in a Malayalam movie. She is originally a native of Hassan.

Darling Krishna’s original name is Sunil Nagappa. Sunil has had experience working with Duniya Suri in ‘Jackie’ and ‘Hudugaru’. While Madarangi movie was the first film where he played the lead role. He has since starred in films like ‘Charlie’, ‘Jolly Baru mathu Polly Hudugaru ‘ and Mumbai movie. 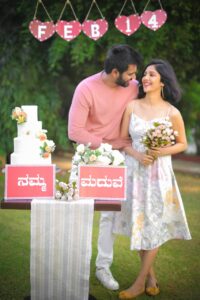 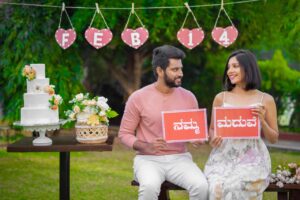 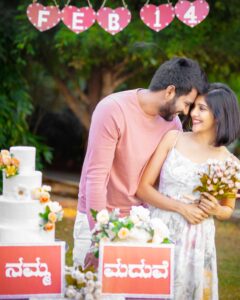 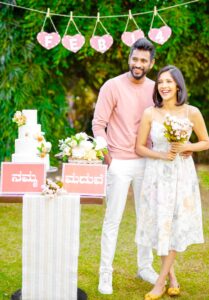